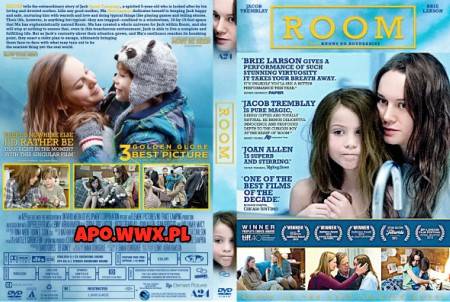 PLOT – A 5-year old boy Jack (Jacob Tremblay) and his young mother Ma (Brie Larson) are living in a small squalid room, crowded with a bed, toilet, bathtub and rudimentary kitchen. There are no windows, just one skylight in the ceiling. Gradually, it unfolds that they are captives of a man she calls Old Nick (Sean Bridgers). Up until the present, Ma has protected Jack from the reality of their situation, but Jack has reached the milestone of his 5th birthday and Ma knows he’s old enough she can enlist him in a plan to escape. Her motivation to act is also fired by learning that Old Nick is out of work and short on money, and she knows this will affect their safety. Ma activates her plan with Jack’s key participation.

Ma reveals the truth about the outside world as well as her life before being kidnapped at age 17. She trains Jack to play dead in order to trick Old Nick into taking his body out of the room and bury him. Old Nick believes that Jack is dead and subsequently puts him in the back of his pickup truck and drives down the road. During the trip, Jack makes a narrow escape as Old Nick flees upon being discovered by a pedestrian. After Jack is safely in the hands of the police, he reveals to a police officer the vague whereabouts of Ma. Shortly after, the police find the shed in which Ma is still enclosed and releases her from captivity. Ma tearfully reunites with Jack. Old Nick is later revealed on the news to have been detained by the authorities.

After spending a short period of time in the hospital, Ma takes Jack with her to her parents’ house. After reuniting with her family, her mother (Joan Allen) and father (William H. Macy), issues with Ma and Jack arise. Jack struggles to adjust to life outside of the room. He speaks only to his mother, has trouble connecting to reality, and expresses a desire to return to the room. Ma is resentful at the 7 years she lost while captive, feeling angry and jealous of her friends and family’s ‚normal’ lives. Ma’s father, after revealing himself to be unable to look at Jack (presumably due to Jack being a child of his daughter’s captor), is disgraced from the family and leaves, to never return.

After a news interview, Ma is faced with challenging questions about her thoughts of her confinement, deeply upsetting her. Soon after, she attempts suicide. Jack remains with his grandparents as Ma returns to the hospital. During this time he meets a dog for the first time, has his first hair cut, plays with a child his own age, and forms close bonds with his family.

When Ma returns to see Jack, Jack wants to visit the room where they were held captive. He expresses his wonder as to why it looks smaller. Before Ma and Jack leave, they say „bye, bye” to the room.