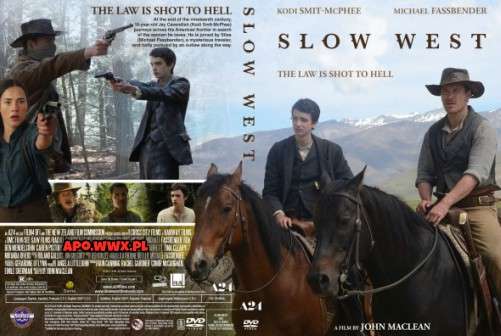 PLOT – Jay Cavendish, a young Scottish man, travels to the American West to search for his love, Rose Ross. He encounters a group of men chasing a Native American; a bounty hunter, Silas Selleck, arrives and kills the leader. Jay employs the bounty hunter for protection.

At a trading post, unbeknownst to Jay, Silas sees a wanted poster offering a $2,000 bounty for Rose and her father. He plans to use Jay to get to the bounty. Another bounty hunter, Victor the Hawk, also takes notice of the poster. In the trading post, a Swedish couple attempt a robbery which results in the death of the owner and the man. Jay intervenes and shoots the woman. Silas and Jay gather provisions and leave, abandoning the couple’s children outside.

In the past, in Scotland, Rose is aware of Jay’s affection, but only cares for him as a „little brother”. Jay’s uncle Lord Cavendish is accidentally killed by Rose’s father in an argument; Rose and her father leave for America with the bounty on their heads.

In the present, Jay abandons Silas and proceeds alone, thinking him a „brute”. He meets a travelling writer, Werner, who offers to accompany Jay. When Jay wakes the next morning, Werner has left, stealing his horse and equipment. Silas tracks down Jay with his stolen belongings, saying he ran into Werner while looking for Jay.

The pair meet Payne, the leader of Silas’s old gang, which has taken in the Swedish children. Payne gives them absinthe in a failed attempt to gather information about Rose and her father’s whereabouts. While they are asleep, Silas and Jay share a dream of Silas and Rose living together with a child. They awaken to find that Payne has stolen their weapons. Silas discloses the bounty to Jay. They lose Payne’s gang in a forest, where Jay is injured by Native Americans.

Rose and her father live in a nearby prairie, protected by a Native American called Kotori. Victor, disguised as a priest, tracks them down and kills Rose’s father. After reaching the prairie, Silas ties Jay to a tree to keep him from harm’s way. Silas rushes to the house to warn Rose of Payne’s gang but is wounded by Victor. Payne and his men kill Victor and assault the house.

Jay frees himself and runs to the house. After Kotori and most of Payne’s gang are killed, Rose realizes she has shot Jay in the confusion. While she comforts him, Payne enters the house and Jay shoots him as he dies. Silas tells Rose that Jay loved her „with all his heart”. Silas stays with Rose and the Swedish children.