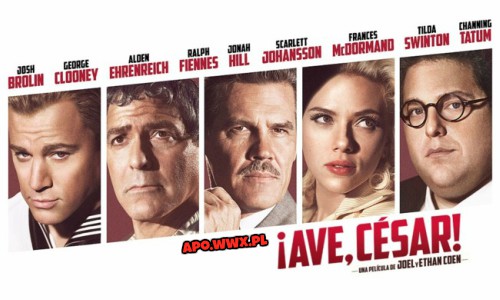 PLOT – In 1951, Eddie Mannix (Josh Brolin) is the head of physical production at Capitol Pictures and a „fixer” to keep the scandalous behavior of its stars out of the press. The Lockheed Corporation has been courting him with an offer of a high-level executive position, but he is unsure about taking it. When unmarried synchronised swimming actress DeeAnna Moran (Scarlett Johansson) becomes pregnant, Mannix arranges for her to put the baby in foster care and then adopt it without revealing herself as the mother. He often has to fend off inquiries from Thora and Thessaly Thacker (both played by Tilda Swinton), twin sisters and rival gossip columnists.

The studio’s major production is Hail, Caesar!, an epic set in ancient Rome and starring Baird Whitlock (George Clooney). During a shot, Whitlock drinks from a goblet of wine that was drugged by an extra (Wayne Knight); he passes out while rehearsing lines by himself behind the soundstage and is abducted. A ransom note soon arrives, written by a group calling itself „The Future” demanding $100,000. Mannix arranges to get the money from the studio’s Accounting Department, as „petty cash.” Whitlock awakens in a beach house and finds his way into a meeting of The Future, a Communist cell. The members, who introduce themselves as mostly writers in the motion picture industry, explain their doctrine to him and begin to win him over to their cause. At the same time, Thora Thacker threatens Mannix by stating she will release an article about a scandal involving the earlier film On Wings With Eagles. Mannix successfully negotiates for her to postpone the story by a day in exchange for information about the romantic lives of several actors.

Meanwhile, singing Western film star Hobie Doyle (Alden Ehrenreich) is cast in a period drama helmed by posh director Laurence Laurentz (Ralph Fiennes) in an attempt by the studio to broaden his appeal. After Doyle’s initial performance is hopelessly inept, Laurentz visits Mannix and asks him to remove Doyle from the project so that Laurentz can preserve his artistic vision for the film. Mannix informs Laurentz that Doyle’s role is non-negotiable and convinces him to coach the young actor to give a better performance. Later, Doyle comes to Mannix’s office and admits that he feels the part is too far outside his comfort zone. Mannix reassures him that he has the needed acting abilities and also reminds him how good the studio has been to him.

That evening Doyle attends the premiere of one of his own Westerns with starlet Carlotta Valdez (Verónica Osorio), per instructions from Mannix. While watching the film, Doyle is initially disappointed that his lone singing scene in the film is depicted in a comedic manner, rather than as heartfelt as he intended. However, after seeing the audience react positively to the scene, Doyle warms to it himself. Following the premiere Doyle and Valdez visit a nightclub, where the pair are genuinely developing chemistry with each other until they are interrupted by both Thacker sisters each looking to get a scoop on their relationship. Doyle suddenly spots the briefcase containing the ransom money across the room, recognizing it as he had lent Mannix his belt to keep it closed. It is being carried by Burt Gurney (Channing Tatum), star of a sailor comedy film depicted earlier in an elaborate dancing scene.

Doyle follows Gurney to the beach house in Malibu but, after walking in the front door, finds only Whitlock inside. The rest of The Future’s members have rowed a boat containing Gurney offshore so that he can rendezvous with a Soviet submarine and defect to Russia. The members of The Future give him the money for the Communist cause. As he boards, his dog jumps into his arms, causing him to drop the briefcase, which sinks into the ocean. Doyle takes Whitlock back to the studio just before the police arrive at the beach house to arrest the group.

Whitlock tries to explain his new-found Communist leanings to Mannix, who cuts him off sharply, slapping his face numerous times, and orders him to finish his role in Hail, Caesar! Thora then meets with Mannix and informs him that the column she plans to publish about On Wings With Eagles will reveal that Whitlock got his major role in the film by having sex with Laurentz. However, Mannix has deduced that Gurney is her source for the piece and persuades her to not run the story since Gurney is a Communist—which would cause her own reputation suffer by association. DeeAnna marries Joseph Silverman (Jonah Hill), a surety agent who had agreed to take her baby into foster care. Mannix decides to reject the Lockheed offer and continue working at Capitol. 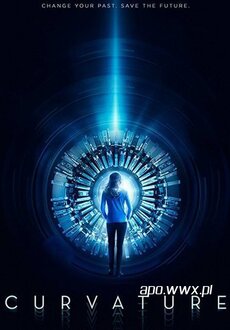