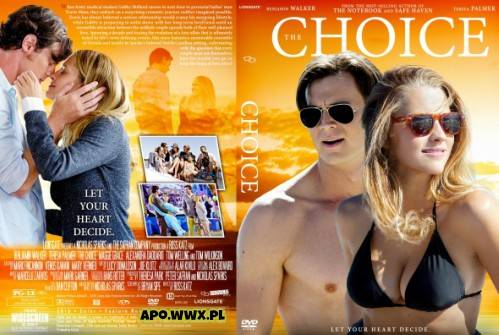 PLOT – Travis Shaw (Benjamin Walker) is a vet, living in small coastal town Beaufort, who falls in love on his first meeting with Gabby Holland (Teresa Palmer), who has moved in to the house next door. Gabby is a med student who is in a relationship with a fellow doctor, Ryan McCarthy (Tom Welling). With Ryan overseas, Gabby and Travis spend more time together, starting a relationship. Ryan returns, and is keen to resume his relationship with Gabby. Unsure of her feelings, Gabby tells Travis that their relationship wasn’t necessarily serious, but eventually Gabby and Travis get back together and marry. Over the course of the next few years they have two children and become a happy family.

One evening, after a dinner to which Travis has failed to show due to a work emergency, Gabby drives back home but is involved in an accident with another car. She survives but is now in a coma, which seems permanent. Three months later, Travis is asked to give permission to turn off the life support, as the chances of her waking up again have reduced to 1%. Travis however refuses to make this choice. One day though, he comes to the clinic and finds her awake again. He takes her home, and they continue to lead their happy life.