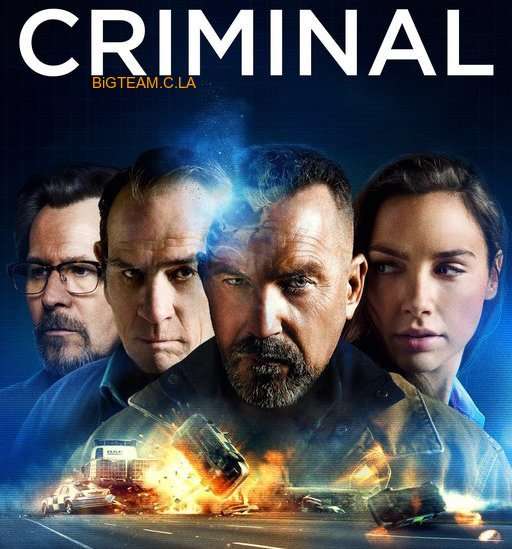 PLOT – When industrialist-turned-anarchist Xavier Heimdahl arranges for his associate Jan Stroop- a hacker known as ‚the Dutchman’- to create a wormhole program that would allow the owner to bypass all computer codes protecting the world’s nuclear defence codes, the Dutchman panics and attempts to hand his secret over to the CIA. He makes contact with London-based agent Bill Pope, but although Pope is able to get the Dutchman to a safehouse and recover the money to pay him for his services, he is caught by Heimdahl’s men and tortured to death before he can tell anyone where he hid the Dutchman.

Desperate to find the Dutchman, Pope’s CIA supervisor Quaker Wells contacts Dr. Mahal Franks, who has developed a treatment that could theoretically plant the memory patterns of a dead man onto a living one. Keeping Pope’s brain stimulated to preserve its knowledge, Franks requests that convict Jericho Stewart be the subject of the procedure, as Stewart’s criminal behaviour is the result of childhood brain trauma leaving him with an underdeveloped frontal lobe, hindering his emotional development and impulse control, that they can use to ‚graft’ Pope’s knowledge into Stewart’s mind.

While the process initially appears unsuccessful, Jericho is able to escape custody while being transferred after the operation, faking his death and heading to Pope’s house, where he is able to disable Pope’s alarms and delay an investigation of the silent alarm being activated. As time goes on, he experiences memory flashes of Pope’s past, but all he can determine is that the bag of money was hidden behind a shelf of books relating to George Orwell, without identifying where it or the Dutchman are kept.

The CIA becoming increasingly anxious to find the Dutchman when they learn that he is now planning to sell the program to the Russians, believing that the CIA have betrayed him. Fortunately, they are able to find Jericho after he contacts Dr. Franks for medication using Pope’s CIA codes, Franks’ questioning confirming that Jericho is developing emotions as well as drawing on Pope’s experience. As Jericho attempts to retrace the route Pope took to hide the Dutchman, Heimdahl creates a distraction at the airport that draws Quaker’s attention, allowing Heimdahl’s henchwoman Elsa to try and capture Jericho, killing his CIA guards before Jericho escapes by driving off a bridge.

His leg injured in his escape, Jericho retreats to the Pope house, where he encounters Pope’s wife Jillian and explains the situation to her. Although initially concerned, Jillian comes to accept Jericho’s story as she sees him interacting with her daughter Emma, allowing Jericho to stay the night. The next morning, Jericho realises that the bag is hidden in the rare books collection at the University of London where Jill works, but he is captured by Heimdahl and Elsa once he has found the bag, Heimdahl forcing him to take them to the Dutchman or he will kill Jillian and Emma.

With the CIA and a Russian strike team now seeking the Dutchman, Jericho- who has recalled that Pope hid the Dutchman in Jill’s office at the university- is able to escape Elsa using an improvised nitro-glycerine bomb, returning to the office to provide a hurried explanation to the Dutchman. The two are caught by Elsa before they can escape, but Jericho kills Elsa with a table lamp after she kills the Dutchman and shoots Jericho in the shoulder.

Taking the flashdrive containing the wormhole program to the airfield where Heimdahl is attempting an escape, Jericho is able to save Jill and Emma despite Quaker’s protests about the danger Heimdahl could pose with the program. As Heimdahl’s plane takes off, Jericho reveals to Quaker that he had the Dutchman reprogram the wormhole so that it would target the source of the next transmission, resulting in Heimdahl destroying his own plane when he tries to fire a missile at the airfield.

A few months later, Jericho is shown on the beach where Pope and Jill had their honeymoon, initially unresponsive to anything but automatic reflexes and responses. With all other options exhausted, Quaker and Franks take Jill and Emma to see him, the sight of Pope’s family confirming that some part of Pope exists in Jericho when he responds with a nose-tap that was Pope and Jill’s way of saying ‚I love you’ in private. Witnessing this, Quaker reflects that he may offer Jericho a job.