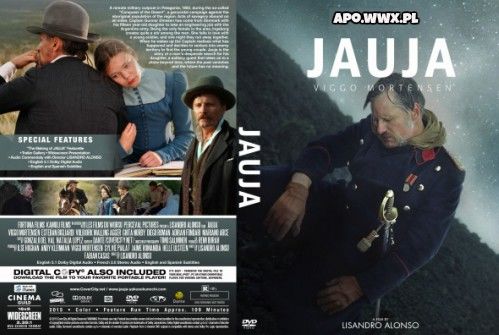 PLOT – In the 1880s, Danish Captain Gunnar Dinesen (Viggo Mortensen) is in Argentina with his teenage daughter Ingeborg (Viilbjørk Malling Agger) who asks him if she can have a dog. He is propositioned by Lieutenant Pittaluga (Adrián Fondari) who asks him for permission to take Inge to a dance in exchange for one of his horses. In clumsy Spanish Dinesen refuses, stating that Inge is his daughter. When Dinesen warns Inge that Pittaluga is too fond of young girls and she should not go near him, she asks why she ever would.

Unbeknownst to her father, Inge is already involved with a young soldier named Corto. Corto tells Pattaluga and Dinesen about the rumors that Zuluaga, an officer who inexplicably disappeared into the desert, is leading a group of bandits and wearing a woman’s dress. The men tell Corto to go into the desert and bring them something tangible as proof that Zuluaga is still alive.

During the night Inge and Corto run off together. Though Pattaluga offers to help retrieve Inge, Dinesen insists on going alone. Heading out into the desert he eventually encounters a slain man whispering the name Zuluaga. He later finds a bloodied and dying Corto and asks him where his daughter is before beheading him.

Corto appears to have been attacked by some indigenous people wearing white mud. While Dinesen is stooped over Corto, his horse, hat, and rifle are stolen by one of the natives and Dinesen is forced continue on foot through the inhospitable desert. Driven onward in the search for his daughter, he continues on in the direction the indigenous man went. Dinesen contends with extreme thirst and possibly begins to hallucinate.

As Dinesen wanders through the desert, he sees a dog who leads him first to a toy soldier belonging to Inge and then to a Danish-speaking elderly woman who lives in a cave. She tells him her husband died of a snake bite. Captain Dinesen tells the woman that he is looking for his daughter and, as the conversation unfolds, it is gradually revealed that the woman is his daughter. She tells him to come back whenever he likes and he wanders out into the desert again.

In the present day, a young girl (also played by Viilbjørk Malling Agger) wakes up in a mansion in Denmark and goes to see her dogs. She is distressed by the fact that one dog has been scratching his fur off and the hound-keeper tells her it is because he is nervous and perplexed by her long absences. The girl takes the dog for a walk in the woods around her home and finds a toy soldier on the ground. She picks it up and casts it into a pond.