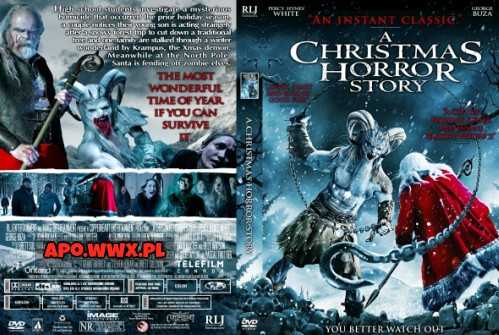 PLOT – Dangerous Dan (William Shatner) is a radio DJ stuck pulling a long shift at the Bailey Downs radio station during Christmas. During his broadcast, a series of four stories are witnessed:

Dylan (Shannon Kook), Ben (Alex Ozerov), and Molly Simon (Zoé De Grand Maison) have decided to break into their school, which used to be a convent, in order to investigate two murders that occurred in the school’s basement the year prior. Their friend Caprice (Amy Forsyth) was supposed to go, but she has to go with her parents out of town. The three of them end up getting locked in the basement. Molly becomes possessed after witnessing a bloody ghost and tries to seduce the others. When Dylan refuses her, Molly kills him. Ben agrees to have sex and after the act is finished, the ghost leaves Molly’s body. Upon waking Molly reveals that the ghost is actually a pregnant teenager who died back when the school was a convent after the convent’s nuns gave her a gruesome surgery to remove the baby. The ghost is only interested in having someone give birth to her child and if someone refuses, they’re murdered – explaining last year’s deaths. Despite impregnating Molly, the ghost still kills Ben before she unlocks the door and allows Molly to leave.

Scott (Adrian Holmes) is a police officer, but this doesn’t stop him from going into woods owned by „Big Earl” (Alan C. Peterson) with his family to illegally chop down a Christmas tree for his family. During the trek, Scott’s son Will (Orion John) wanders off and is lost. He and his wife Kim (Olunike Adeliyi) manage to find Will inside of a tree and are overjoyed to find him. This joy is short lived after Will begins to act strangely, culminating in Big Earl contacting the family to warn them that Will is actually a changeling. After the changeling kills Scott, Kim brings the changeling to Big Earl, who states that he’s unable to help her find her son because it is up to the changelings. This ultimately ends with Kim shooting Big Earl, who was actually the changeling’s abusive master. Finally free, the changeling returns to his home and frees Will.

Caprice and Duncan (Percy Hynes White) are traveling with their parents in order to visit their elderly Aunt Edda (Corrine Conley). During their visit, Edda tells them about the mythological creature Krampus (Rob Archer), which frightens Caprice – especially after Duncan purposely misbehaves in an attempt to irritate Edda’s caretaker Gerhardt (Julian Richings). Their parents decide to take the children home at Edda’s insistence but on the way the family ends up getting into a car accident, making it necessary for them to walk. Aware that they were being hunted by Krampus because they acted badly, the family members take refuge in a church where they confessed their sins in belief that Krampus will leave them if they do so. However, they are picked off one by one until only Caprice remains. Caprice manages to flee to Great Aunt Edda’s house. She is successful in killing Krampus who transforms into Gerhardt. It’s revealed that he transformed into Krampus due to his anger over the family’s actions and that Edda was fully aware that this would happen. Furious, Caprice’s anger causes her to transform into Krampus and she attacks Edda.

While preparing for a busy Christmas, Santa Claus (George Buza) discovers that all of his elves and his wife have turned into zombies after one of the infected elves dies following a fit of rage. He manages to kill them all, but is then forced to fight against Krampus. However during the battle, it’s revealed that „Santa” is actually a Mall Santa named Norman (who was an earlier guest on Dangerous Dan’s radio show) that had a psychotic break while working overtime that caused him to see regular mall goers as zombies during the Christmas Food Drive. The police arrive and manage to gun him down just as he’s about to kill „Krampus”, revealed to be the mall’s manager Mr. Taylor. 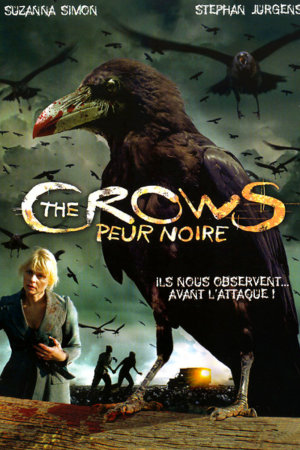