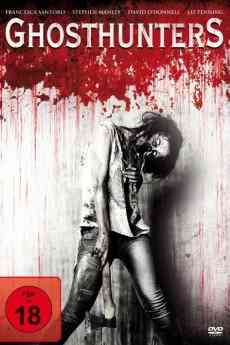 – Henry (Stephen Manley), a paranormal investigator, recently lost his wife Martha (Phyllis Spielman) and daughter Gabby (Anna Harr) to captured and convicted serial killer Nightstalker, who enjoys torturing and killing his victims while dressed as a plague doctor. Henry asks his friend Neal (David O’Donnell) to help him use a machine he designed which can capture and convert ghosts into ectoplasm.

After the funeral of his family, Henry meets with Neal, Neal’s reporter girlfriend Amy (Francesca Santoro), machine programmer Jessica (Liz Fenning), and Devon (Web Crystal) at the Nightstalker’s house. The team sees many ghosts with their devices which includes ghost vision goggles. They finally manage to capture a ghost. Devon attempts to use salt to protect them. Devon becomes uncomfortable with the idea and leaves, but is killed by an unknown ghost. Amy begins to gain psychic abilities every time the machine is used. She sees how the Nightstalker killed his victims and senses a dark presence which is not a ghost, but she believes is the spirit of the Nightstalker.

A police officer arrives after seeing cars trespassing into the serial killer’s crime scene, and investigates. He is killed by a ghost who uses his car’s exhaust to kill him. After finding and speaking with the ghost of Gabby, Amy discovers that Henry is the Nightstalker. Henry admits he is the Nightstalker and had to kill his family, instead of strangers, to make the deaths more gruesome, so their ghosts would have more energy. After a struggle, Henry stabs Neal to death, and chases Amy and Jessica. Henry shoots Jessica, killing her. Then, the ghosts of Henry’s victims arrive and kill him. Amy is seen exiting the house as police arrive.