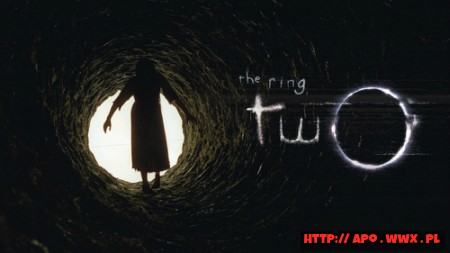 PLOT – In the coastal town of Astoria, Oregon approximately six months after the events of the first movie, and continuance from Rings, Vanessa is seen encouraging Emily by nodding vigorously when she is making her decision to go to Jake, so she may have known about the rings beforehand. Jake asks Emily to come over to his house, under the guise of studying together; however, his motives are actually centered on having her watch Samara Morgan’s cursed video tape, as his seven-day deadline is fast approaching. Emily plays the tape while Jake waits in the kitchen, but when he returns to the living room, it is revealed that she covered her eyes throughout the tape, and thus didn’t see any of it. As she failed to perpetuate the guidelines of the tape’s curse, Samara crawls out of the television and kills Jake in front of Emily, she screams in hysterically.

Rachel Keller (Naomi Watts) and her son Aidan (David Dorfman) have moved from Seattle to Astoria. Rachel begins a new job at The Daily Astorian, a local newspaper, working for Max Rourke (Simon Baker). Before long, there is news of the teenager’s death in town. Rachel investigates, finding the dead boy’s face shows a twisted expression of horror just like the previous victims of Samara Morgan’s tape. Upon finding the boy’s corpse, she also has a vision of Samara grabbing her and declaring „I found you.” She goes to the police station and persuades the girl who witnessed the boy’s death to tell her where the tape is. She takes the tape deep into the woods and burns it.

Aidan has a dream in which he comes down to the T.V. room without Rachel home, and is pulled into the screen by Samara when the videotape starts. Back at home, Aidan starts to develop hypothermia, and his body is suddenly covered with bruises. At a county fair, Aidan takes pictures of himself in the bathroom mirror, with a blurred Samara standing behind him. His behavior grows increasingly odd and distant, and while Rachel and Aidan drive home from the fair, a deer attacks their car, nearly killing them. This event was apparently mysteriously foreseen by Aidan, who warned Rachel of impending danger seconds before the deer came out of nowhere. Strange occurrences within their house (including visions of Samara, a burn mark in the wall which resembles the tree from the cursed video, and seeming poltergeist activity) frighten Rachel, leading her and Aidan to flee. Rachel subsequently asks Max if he can take care of the increasingly sick Aidan at his house.

Max says that Aidan’s condition merits a trip to the hospital, but Rachel, knowing that his illness is unnatural, is adamant that traditional doctors cannot help him. When Rachel attempts to give Aidan (who suddenly develops a mysterious fear of water) a warm bath at Max’s, a series of paranormal events leads to Rachel seeing Aidan’s body replaced by Samara. Max walks in when she attempts to drown Samara, and sees her trying to drown Aidan instead. Suspicious, he insists on taking Aidan to the hospital against her wishes, stating, „You wanted my help, now you’re getting it.”

Based on the bruises on Aidan’s body, the hospital staff, particularly psychiatrist Dr. Emma Temple (Elizabeth Perkins), suspect child abuse on Rachel’s part, because Rachel reveals she suffered from postpartum depression, and won’t allow her to be near her son. Desperate for answers, Rachel flees the hospital and returns to the Morgan Ranch (which is now being sold) to dig deeper into Samara’s past. Knowing that Samara was not Richard and Anna Morgan’s biological child, she tracks down Samara’s birth mother, Evelyn (Sissy Spacek), who tried to drown Samara as an infant and has been living in a mental institution ever since. Meanwhile, Samara (in Aidan’s body) inflicts a psychic assault on Dr. Temple, forcing Dr. Temple to commit suicide so that Samara (in Aidan’s body) can escape the hospital.

Evelyn advises Rachel to „listen to your baby” when she seeks advice on how to deal with Samara. Max goes to Rachel’s house to check on her, only to find Aidan watching TV alone. He attempts to surreptitiously capture Aidan on film in order to reveal Samara, as Aidan had before Samara possessed him. Aidan/Samara notices the camera. When Rachel returns home, she finds Max’s truck parked outside and his dead body inside with the same twisted face of Samara’s other victims. Disturbed and unsure of what to do, Rachel goes inside to face her possessed son.

Rachel falls asleep and dreams of Aidan telling her how to release Samara from his body. After waking, Rachel tells Aidan/Samara that he should go to sleep. Aidan responds that he never sleeps. She crushes sleeping pills in a sandwich, and after eating, Aidan falls asleep.

Rachel fills the upstairs bathtub with water and holds an unconscious Aidan underwater. Aidan suddenly wakes up, telling Rachel that he is still Aidan. Rachel then drowns Aidan and Samara’s spirit leaves his body, and Rachel is then able to revive him. However, Samara attempts to come back into the house through the TV set. Rachel grabs onto Samara as she is emerging, and is pulled into Samara’s well inside the world of the cursed video. Looking up, Rachel realizes that the well lid is always left open. Rachel begins climbing the side of the well. Halfway up, Samara emerges from the water below and also ascends in a very inhuman fashion. Rachel climbs out of the well just as Samara cries '”Mommy!”' in an inhuman voice. Rachel responds angrily that she’s not her mother and pushes the lid shut, trapping Samara in the well.

As Rachel wanders the monochromatic world of the cursed tape, she hears Aidan’s voice and walks toward it, only to come to the cliff where Anna Morgan jumped to her death. She hears Aidan calling her name below. Determined to follow Aidan’s voice, Rachel jumps off the cliff and ends up back in her living room with Aidan, where they embrace. Aidan calls Rachel '”Mommy”', and she asks him to just call her Rachel. The film ends when the camera pans out of the house, views the sky, where a crescent moon can still be seen in the distance. The shot shows the street, and the scene cuts to black with the sounds of flickering heard, and the credits roll.