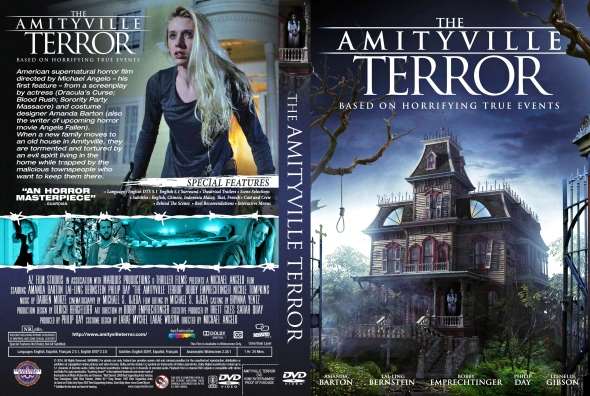 While in the bathtub, Shae feels a strange experience, as if her flesh was burning. Proving to be a hallucination, Shae’s behavior continues to grow stranger. When relaying this strange behavior to Brett, Hailey is introduced to a story about a little boy who used to live in that house. The boy, named Jimmy Oberest, drowned his baby sister in acid before killing his parents.

Mike (Bobby Emprechtinger), Todd’s mechanic boss, comes to visit, as he used to date Shae in college. He finds her hovering behind Jessica while holding a scalpel. After this encounter, Mike immediately goes to see Delilah, the property manager, begging her to spare Shae. Delilah refuses this. Later, Mike dies when Todd inadvertently starts a fire in the auto shop. During this, Jessica works in the garden, repeatedly cutting herself and covered in blood.

Later on, Todd is seen as a bar. While there, Delilah appears and tries to seduce him. When Todd arrives home, he is then strangely seduced by his wife, who is revealed to be Shae in a type of supernatural disguise. Hailey is introduced to Brett’s friend Jenny (Lai-Ling Bernstein). Jenny is said to be psychic and reluctantly decides to help Hailey and her family by going to their house to cleanse it. As she does so, Jenny is supernaturally attacked and thrown out an upstairs window.

Hailey finds her aunt Shae painting with a scalpel that had come from a bag belonging to a Dr. Willis R. Cranston. Upon researching Dr. Cranston, Hailey discovers that he has disappeared in 2004. Hailey decides to track down David, Willis’s brother, who informs Hailey that his brother bought the house from Delilah. Upon finding this out, Hailey breaks into Delilah’s home. She finds a file cabinet full of folders with names of the families who had rented the Amityville property and disappeared. Delilah finds Hailey, the latter fleeing to the police station to call her father, telling him to get her mother and aunt and leave. Hailey also calls Brett, informing him about Delilah. Brett reveals that the little boy he was talking about prior, along with his family, practiced black magic in the house. They had opened a portal to Hell. Delilah is uncovered to be Jimmy Oberest’s sister, who was not home at the time of Jimmy’s murders. Hailey sees two men transporting Jenny’s body, cutting her conversation with Brett short in order to follow. Back at the house Shae, fully possessed, attacks Jessica inside the house. Meanwhile, Theresa and her friends confront Brett, badgering him about helping Hailey and getting Jenny involved.

Hailey follows the two men, coming upon a makeshift graveyard. There she notices a marker that is reserved with the Jacobson name. Theresa and her friends confront Hailey, revealing the nature of the town and its people. She explains that the townspeople must feed the house or else the evil spirit inside will come after them. Hailey attacks Theresa and her friends, killing one of them while Theresa kills the other for disloyalty. Taunting Hailey, Theresa mentions her decapitating Brett, which infuriates Hailey. Hailey fights Theresa off, stabbing her and returning to the house. Once home, Hailey finds her parents butchered as Shae leaps to attack her. Shae and Hailey fight, the latter defending herself as she flees around the home. Hailey eventually fires an arrow into Shae’s forehead, causing her to combust. This allows Hailey to flee the house.

In the epilogue, Delilah is seen showing the house to the family seen killed in the prologue scene.