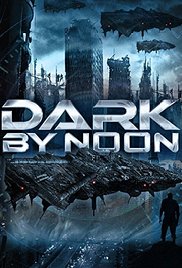 – This time-travel thriller is set in an alternate time, a world where history has unfolded differently. Rez played by Patrick Buchanan (Belfast Story) lost his wife sometime in the past. Now heist a man abandoned by society, but he possesses a gift: the perfect photographic memory, but having perfect recall isn’t all it’s cracked up to be. A covert government agency headed by Rez’s old mentor Haycock – played by Anthony Murphy (Charlie Casanova, Dawn of the Dragonslayer) has stolen a device called ‘Titus’; a machine that has the ability to send a person eight hours into the future, but only for a short period. The organisation is making millions by recording advance knowledge of the stock market, heisting the future eight hours at a time. One day Rez leaps forward in time and witnesses a nuclear explosion. As he jumps back to his own time-line, events begin to spiral out of control as he only has eight hours to discover the cause, save his estranged daughter and a city, unaware it’s