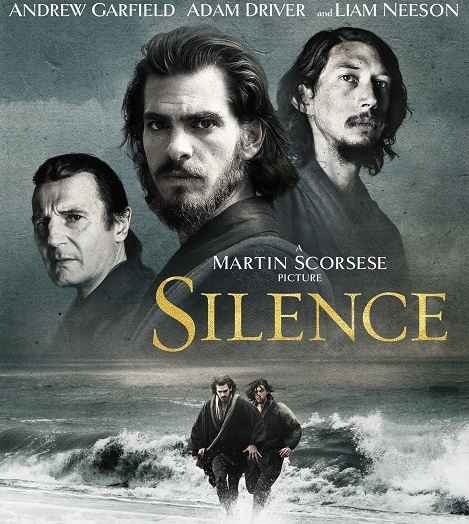 plot – At St. Paul’s College, Macau, Portuguese Jesuit priest Alessandro Valignano receives news that Father Cristóvão Ferreira in Japan renounced his faith after being tortured. Ferreira’s pupils, Father Sebastião Rodrigues and Father Francisco Garupe, disbelieving he would commit such apostasy, set off to find him. Kichijiro, an alcoholic fisherman who fled Japan (later revealed to be a Christian who renounced his faith to save himself), agrees to guide them. At the Japanese village of Tomogi, the priests are surprised to find local Christian populations driven underground. They eagerly welcome the priests, who administer long-awaited sacraments to them. A samurai searching for suspected Christians, whom the villagers refer to as „the inquisitor”, straps some of the villagers to wooden crosses on the beach and places them in the ocean, where the tide eventually kills them. The bodies are then cremated on a funeral pyre so that they cannot be given a Christian burial.

Garupe leaves for Hirado Island, believing that their presence forces the shogunate to terrorize the village. Rodrigues goes to Gotō Island, the last place Ferreira lived, only to find it destroyed. Wandering around Gotō, he struggles over whether it is self-centered and unmerciful to refuse to recant when doing so will end others' suffering. He eventually reunites with Kichijiro, who betrays him into the hands of the samurai. An old samurai, who had earlier accompanied the inquisitor to Tomogi, tells Rodrigues that other captured Christians will suffer unless he commits apostasy.

Rodrigues is taken to Nagasaki, where he is imprisoned with the captured Christians from Gotō. At a tribunal, he is told Catholic doctrine is anathema to Japan. Rodrigues demands to see governor Inoue Masashige, who he learns to his dismay is the old samurai. Rodrigues is returned to prison, and Kichijiro arrives. He explains that court officials threatened him to give up Rodrigues, then says he is a Christian and asks to be imprisoned to be absolved of his betrayal through a confession, which Rodrigues reluctantly grants him. He later is released after agreeing again to step on a fumi-e (a crudely carved image of Christ), an act symbolizing rejection of the faith. Rodrigues is brought to witness a famished Garupe, and three other prisoners (who have apostatized) about to be drowned. Garupe refuses to apostasize, and the prisoners are drowned, with Garupe also drowning trying to rescue the last one.

Later, Rodrigues is taken to a Buddhist temple where he meets Ferreira, who now goes by the name Sawano Chūan. Ferreira says he committed apostasy while being tortured, and states that after 15 years in the country and a year in the temple, he believes Christianity is a lost cause in Japan. He now also believes humans find their original nature in Japan and that perhaps this is what is meant by finding God. Rodrigues calls him a disgrace, but Ferreira is unmoved. That night in his prison cell, Rodrigues hears five Christians being tortured. Ferreira tells him that they have already apostasized; it is his apostasy the Japanese demand to save them. As Rodrigues looks upon a fumi-e, he hears the voice of Christ giving him permission to step on it, and he does.

A year later, Ferreira and Rodrigues sort through religious iconography gathered from suspected Christians. Watching all of this is Dutch trader Dieter Albrecht, who narrates his observations of the fallen priests. Albrecht states in his journal that Ferreira eventually passed away, and that a now-married Rodrigues goes by the name Okada San’emon. Kichijiro, now a servant, asks Rodrigues for forgiveness, but Rodrigues refuses, saying he is no longer a priest. Kichijiro later is caught with a religious amulet he claims to have won while gambling, but never bothered to look inside the pouch. He is taken away and never heard from again.

Many years later, Rodrigues has died. He is placed in a large round wooden casket, and his body is cremated. In his hand is a tiny crudely-made crucifix that was given to him when he first came to Japan.