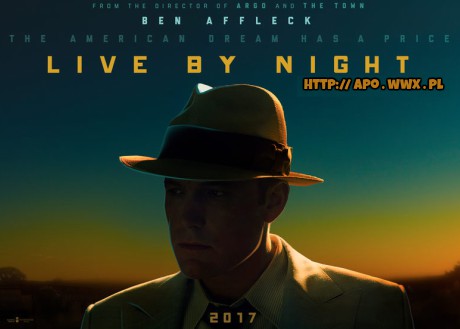 – In the 1920s, Joe Coughlin (Ben Affleck), a World War I veteran of Irish descent and the prodigal son of Boston police captain Thomas Coughlin (Brendan Gleeson), falls in love with Emma Gould (Sienna Miller), the mistress of notorious gangster Albert White (Robert Glenister), the boss of the Irish Gang of Boston. Thomas objects to the relationship and advises Joe against his criminal activities, warning him that his wrongdoing will catch up to him eventually.

White’s rival, Italian Mafia boss Maso Pescatore (Remo Girone), finds out about their affair and blackmails Joe to kill White. Joe refuses but he and Emma decide to flee to California. To fund the trip, Joe commits a bank heist with his partner Dion Bartolo (Chris Messina), during which three police officers are killed in an ensuing chase. When Joe tries to leave with Emma anyway, she lures him into a trap set by White. Joe is brutally beaten by White and his men and nearly killed before the police arrive and arrest Joe for the policemen’s murders.

Thomas tells Joe that Emma drowned while being pursued by police. He also blackmails Chief Inspector Calvin Bondurant (Clark Gregg) to ensure that Joe is sent to prison on a relatively minor charge rather than murder. Two weeks before Joe’s release, Thomas dies of a heart attack. Wanting revenge against White, Joe volunteers his services to Pescatore and is recruited as an enforcer for Pescatore’s rum empire in Ybor City, Tampa, Florida, which is under attack by White. Joe reconnects with Dion and together they protect Pescatore’s business in the area and receive orders to bring gambling and drugs into Tampa. Joe also develops a relationship with Graciela Corrales (Zoe Saldana), the sister of a local Cuban businessman, and they soon are married.

Joe befriends Sheriff Irving Figgis (Chris Cooper). Irving’s daughter Loretta (Elle Fanning) heads to Hollywood to become an actress, but instead becomes a heroin-addicted prostitute. Irving’s brother-in-law, R.D. Pruitt (Matthew Maher), a member of the local chapter of the Ku Klux Klan, starts bombing Joe’s clubs and killing his men. Joe promises to Irving to help get Loretta off drugs and back to Ybor City in exchange for his betrayal of Pruitt. Joe kills Pruitt and, in the ensuing mob war with the Klan, he and his men beat or kill enough Klansmen to weaken the group’s standing in Florida.

Recognizing that Prohibition will eventually come to an end and unwilling to follow Pescado’s orders to invest in narcotics, Joe focuses on building a casino near Sarasota. He intends to persuade the government to legalize gambling, but Loretta, who has become a devout Christian under her father’s strict punishment, begins preaching that alcohol and gambling are against God’s word. Her ministry is popular enough that the government decides not to legalize gambling. Joe recognizes that Pescatore will be enraged, particularly since Joe still refuses to invest in narcotics.

During a private meeting in a restaurant, Loretta confides to Joe that she does not truly believe in God and her sins cannot be forgiven. The next day, Joe is despondent to learn that Loretta committed suicide. While visiting his brother-in-law, an amateur photographer, Joe finds a recent picture of Emma, whom he believed to be dead. He decides to pursue her in Miami, but only after informing Graciela first, much to Dion’s dismay.

Pescatore forms an alliance with White and lures Joe into a meeting at a hotel, intending to have him killed and replaced by White in retaliation for Joe’s recent failures. Anticipating Pescatore’s betrayal, Joe distracts White by showing him Emma’s picture, as White also believed her to be dead. Dion and his men ambush Pescatore’s men through a series of underground tunnels that Joe used to move rum. Joe kills White, Pescatore and Pescatore’s son, Digger (Max Casella). Joe names Dion as his successor before locating Emma at a brothel in Florida. She relates how she faked her death to escape from White and enjoys her newfound freedom, and claims she never reciprocated Joe’s love for her.

Joe and Graciela move to Miami, where they have a son and spend their days building houses for the impoverished. Driven insane by Loretta’s death, Figgis tracks them down and shoots up their house, killing Graciela before being taken down by Joe. Joe arranges for Graciela to be buried in her homeland in Cuba and spends the rest of his days dedicated to charity and to raising Tommy, who soon voices his desire to become a police officer.