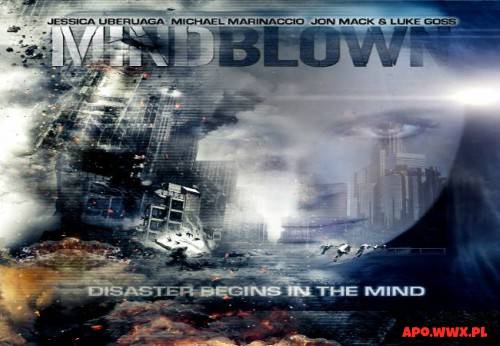 – Imagine the human ability to quake the Earth, bring forth tornadoes, raise a firestorm – and now imagine it under the control of Colonel Clayton and the US military. Code-named PROJECT MIND BLOWN, a group of telekinetics think they have been brought together in a high-tech facility under the pretenses of doing good for humanity – like bringing storms and rain to drought stricken regions – but when they uncover the suspicion that they’ve been tricked into destroying American cities, and killing American civilians – one team member goes rouge and takes things into her own hands. Sensing foul play, Jennifer Gaines escapes the base and is on the hunt for a survivor of one of the disasters who she feels may be involved. Using her uncanny powers, Jennifer uncovers that the man is a target of project Mind Blown and is the subject of great concern to Mind Blown’s head of Operations, Colonel Clayton. And his name is Adam. Clayton knows that now that Jennifer and Adam have joined forces – the whole operation is in jeopardy. When a string of random disasters begins to destroy major cities, all eyes turn to Clayton. The fingerprint of these growing disasters looks like it’s caused by his project. But Clayton dupes his team into believing that the pair is causing them. Clayton immediately mobilizes Mind Blown using his reluctant members to help track down and kill them. Though Adam is barely in touch with his own telekinetic abilities and is completely innocent, he is being hunted down by his own government and five dangerous people that are just like him. – and Jennifer is labeled a TRAITOR. And as Earthquakes, floods, tornados and firestorms ravage cities across America, the pair realize that they must uncover their true potential if they want to stop Clayton, dismantle Project Mind Blown, and uncover the secret behind the growing disasters before it’s too late.