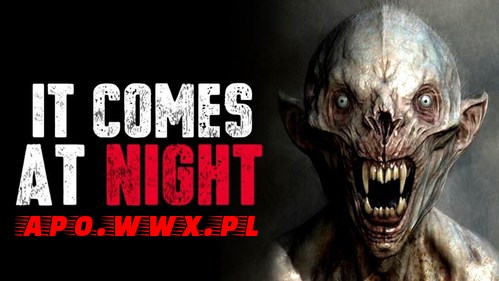 PLOT: A highly contagious disease has ravaged the outside world. Paul, his wife Sarah, and their teenage son Travis have secluded themselves in a country home. When Sarah’s father, Bud, contracts the disease, they kill him and burn his body in a shallow grave. The next night, they capture an intruder breaking into the house. Paul ties him to a tree overnight to confirm he is not suffering from the disease. The stranger, Will, explains that he did not know the house was occupied and was only searching for fresh water for himself, his wife, and his young son. Will offers to trade some of their supply of food for water. Sarah suggests bringing Will’s family back to their home, reasoning that the more people they have with them, the easier it would be to defend themselves should anyone else discover their location. Paul agrees, and he takes Will to collect his family. Along the way, they are ambushed by two men. Paul kills them and accuses Will of having set him up. Will points out that he fought them as well and assuages Paul’s mistrust.

A few days later, Paul returns along with Will, his wife Kim, and son Andrew. After establishing the rules that Paul and Sarah have used to stay safe, including keeping the only entrance locked and keeping nighttime excursions to a minimum, the two families begin to establish a sense of normalcy and grow closer to each other. One day, Travis’s dog Stanley begins barking aggressively at and chases an unseen presence in the woods. Travis follows the dog deeper into the woods before Stanley’s barking suddenly ceases. Travis insists to Paul and Will that he heard something in the woods. They decide to return home, as Paul insists Stanley knows the woods and will find his own way home. That night, Will seemingly contradicts a story he had told Paul earlier about what he and Kim were doing prior to finding the abandoned house.

That evening, Travis is awakened by a nightmare about his grandfather. He discovers Andrew sleeping on the floor of Bud’s old room, also suffering from a nightmare. Travis leads him back to his parents’ room before hearing a sound from downstairs. Investigating, Travis finds that the front door of the house is ajar. He wakes Paul and Will, who investigate further and find a bleeding and gravely sick Stanley lying on the floor. They kill and burn the dog. When Travis reveals that the door was already open when he came downstairs, Sarah suggests that a sleepwalking Andrew might have opened the door. As tensions between the two families begin to rise, Paul decides that they isolate themselves in their own rooms for a couple of days so they can calm down and ensure no one is infected.

The next morning, Travis overhears a distraught Kim telling Will that they need to leave. Travis informs his parents that Andrew might be infected and, as such, he may be infected himself. Paul and Sarah don protective masks and gloves and take weapons to confront Kim and Will, fearing that they may steal their food and water or return later by force. When Paul asks to be let in to see if Andrew is sick, Will draws a gun and takes Paul captive. Will insists that his family is healthy and demands Paul give him food and water and allow them to leave. Paul and Sarah overwhelm Will and force him and his family outside. Will and Paul get into a brutal fight before Sarah shoots and kills Will. Kim flees into the woods with Andrew. Paul fires after them, killing Andrew. Kim hysterically begs Paul to kill her to end her misery, and he does. Having witnessed it all, the dazed Travis vomits blood. Later, he spots signs of illness in the mirror.

Later, Travis awakens in bed, visibly sick. His mother, also sick, comforts him as he dies. Some time later, an infected Paul and Sarah sit at the dinner table in silence.