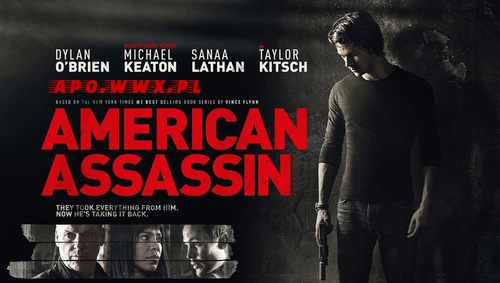 PLOT: Mitch Rapp and his girlfriend are on vacation in Ibiza, Spain, when a radical Islamist jihadist cell lands on the beach and begins to attack the civilians with assault rifles. Amid the carnage, Rapp frantically attempts to find his girlfriend, but is unable to prevent her death at the hands of the terrorists.

Eighteen months later, Rapp, now consumed by his desire for vengeance, frequents an internet message board where the terrorist responsible for his girlfriend’s murder quizzes Rapp on aspects of Islam and jihad. Having secured an invitation to meet him face to face, Rapp prepares to take his vengeance on the man responsible for his girlfriend’s death, but before he can kill the terrorist, the cell is suddenly ambushed by U.S. Special Forces. Upset over the perception that he has been denied his vengeance, Rapp repeatedly stabs the terrorist he was after before being dragged out by the U.S. forces. In a CIA safe house Rapp undergoes 30 days of debriefing before being offered a chance by CIA Deputy Director Irene Kennedy to join a black operations unit codenamed Orion. Its head, Stan Hurley, is a former U.S. Navy SEAL and a Cold War veteran who trains Rapp and the other potential recruits in asymmetrical warfare.

Elsewhere, word comes down through intelligence channels that weapons grade nuclear material has gone missing from a decommissioned Russian nuclear facility. The material in question appears to be heading to Iranian hardliners, who are upset with the Iranian government’s nuclear deal with the U.S. While verifying the sale of the nuclear material in Poland the plutonium is intercepted by a third party, who eliminates the sellers before vanishing into the crowd. In Virginia, Hurley sees news reports about the incident in Poland and tentatively identifies the perpetrator as a former Navy SEAL and Orion operative believed to have been killed in action and now going by the codename „Ghost”. Hurley’s team is sent into Turkey to intercept the buyer „Ghost” is working for.

In Istanbul, Hurley’s team is made, and the attempted intercept of the trigger device fails. Rapp pursues the buyer to his apartment, and after a protracted fight kills the man and retrieves his laptop. The information leads the team to Rome, where Orion operatives identify a nuclear physicist needed to craft the nuclear material into a functional nuclear weapon. While in Rome, Rapp’s female companion Annika accidentally lets the name „Ghost” slip despite the fact that Rapp had not given her that name, leading Rapp to correctly identify the woman as a foreign intelligence agent. After a confrontation and her subsequent capture, she explains that she is working for the mainstream Iranian faction which is attempting to stop the hardliners from acquiring nuclear material, which Iran believes is to be used against Israel to start a war. During a meeting between Hurley and an Iranian contact to discuss Annika and the nuclear material, who happens to be Annika’s uncle, Hurley is ambushed by „Ghost”, who kills Hurley’s contact and captures Hurley.

At the CIA safe house in Rome, Annika is being moved under guard by two Mossad agents when Rapp intercepts the car and frees her. Working together, both locate the subterranean headquarters „Ghost” is using to build the nuclear device. After infiltrating the tunnels, Rapp locates and frees a badly injured Hurley, however Annika is captured by „Ghost” and she kills herself with „Ghost’s” gun before „Ghost” escapes onto a boat with the nuke. Based on an earlier conversation, Hurley deduces that „Ghost” intends to make a kamikaze attack against the U.S. Navy’s Sixth Fleet. Rapp chases after „Ghost’s” boat, while the Sixth Fleet, alerted to the impending nuclear attack through CIA channels, assumes battle formation and nuclear attack protocol.

Aboard „Ghost’s” boat, Rapp and „Ghost” engage in hand-to-hand combat for control of the boat and the nuclear weapon. After a grueling fight, Rapp gains the upper hand and kills „Ghost” with a knife attack to the throat. Rapp attempts to divert the boat away from the Sixth Fleet to shield the ships from the blast, however after a conversation with Hurley, he instead jettisons the nuclear weapon into the sea before escaping the boat aboard a U.S. Navy helicopter. Seconds later the device detonates, creating a massive sink hole and subsequent tidal wave that inundates the Sixth Fleet vessels, however the underwater detonation prevents the heat of the blast from reaching the ships. Having successfully ridden out the blast and shockwaves, the Sixth Fleet ships initiate nuclear decontamination procedures.

In the aftermath of the blast, Hurley is returned to the U.S. to undergo treatment for his injuries. While watching news reports that indicate that the Iranian hardliners will win the presidential election, Hurley observes that Rapp is on vacation. In Dubai, the hardliner candidate and his escorts enter an elevator in which Rapp is already present, and as the doors close, Rapp is observed smiling.