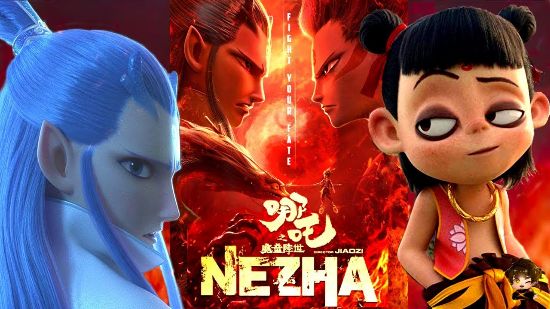 «PLOT»A Chaos Pearl, birthed from primordial essences, began to siphon energies gluttonously. Tianzun dispatched his disciples Taiyi Zhenren, a portly Taoist immortal riding on a flying pig steed and Shen Gongbao to subdue the sentient pearl. Due to its ability to absorb energy, Taiyi and Shen’s are unable to gain the upper hand. Eventually Yuanshi Tianzun contains the Chaos Pearl in his heavenly stove, separating the pearl into two opposite components: the Spirit Pearl and the Demon Orb. Tianzun places a heavenly curse upon the Demon Orb: in three years time it will be destroyed by a powerful lightning strike. Tianzun then instructs Taiyi to take the Spirit Pearl to be reincarnated as the third son of Li Jing, to be named Ne Zha.

Shen conspires to steal the Spirit Pearl and in the ensuing battle, the Demon Orb is placed on the ritual altar instead, causing Li Jing’s pregnant wife Lady Yin to give birth to a child, Ne Zha, whose demonic nature is apparent. Ne Zha’s parents refuse to allow their son to be killed. Taiyi tells them that Ne Zha’s fate is sealed: in three years’ time the heavenly curse placed upon the Demonic Orb will kill him regardless. Li travels to Heaven with Taiyi in an attempt to plead for Ne Zha’s life, but is told that the curse is unremovable.

Meanwhile, it is revealed that Shen stole the Spirit Pearl for the Dragon King to reincarnate as his son, Ao Bing. The dragons resent their role as jailers of the Heavenly Court and being confined to a hellish existence on the ocean floor. It is hoped that through the blessed nature of a son born from the Spirit Pearl that dragon kind would be deemed worthy by Heaven, allowing the dragons to ascend. The Dragon King allows Shen to take Ao Bing as a student.

To tame his demonic nature and to make him happy, his parents lie to him that he is born of the Spirit Pearl and destined to be a great demon hunter. Ne Zha studies under Taiyi and acquires great skills. Eventually becoming impatient, the impetuous Ne Zha escapes his confines to hunt demons. While chasing a water demon, he burns down a fishing village. Ao Bing also comes to fight the demon, but is eventually defeated. Ne Zha cleverly overcomes the water demon and rescues both Ao Bing and a little girl, but is nevertheless misunderstood by the townsfolk. In a rage, Ne Zha lashes out at the villagers, hurting many of them.

Since Ne Zha is destined to die by lightning on his third birthday, his mother wants him to be happy in his final days. The Li household organizes a lavish birthday party for their son, inviting a nervous town to attend. Shen visits Ne Zha before the party, revealing the truth of his nature to him. Angry and upset, Ne Zha unleashes his true demonic form and nearly kills his father. Ao Bing helps return Ne Zha to his usual form and regain his consciousness. Feeling betrayed, Ne Zha leaves to await his fate.

Shen says that if his deceit is revealed to Taizun then not only will he be punished, all of dragon kind will be condemned forever. Ao Bing, not wanting to betray his kind, decides to bury the town alive under a massive sheet of ice so there are no witnesses. Meanwhile, Ne Zha learns that while visiting Heaven to plead for his life, his father sought an enchantment that would allow him to trade his life for Ne Zha’s. Moved by his father’s sacrifice, Ne Zha returns to the village to stop Ao Bing. Eventually unleashing his full demonic form, Ne Zha defeats Ao Bing but spares his life, calling him his only friend.

When the heavenly lightning approaches, Ne Zha surrenders to his fate but is unexpectedly joined by Ao Bing. Linking hands, they unleash the power of the Chaos Pearl, which has the ability to absorb energy. Their mortal bodies prove too weak to contain the energy of the strike. Taiyi joins the fray, saving their souls in his Lotus Artifact. The lightning strike is contained, saving the town. Though their bodies are destroyed, the townsfolk kneel before Ao Bing and Ne Zha in their spirit forms. 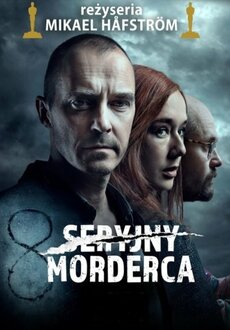 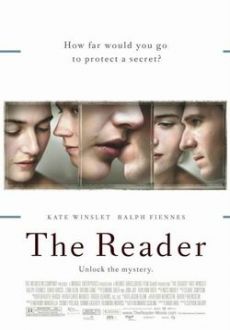 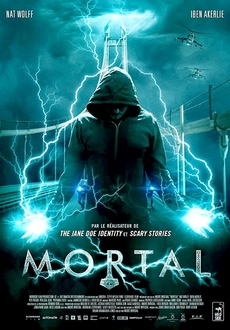 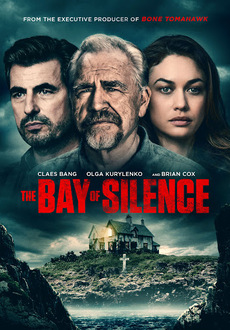