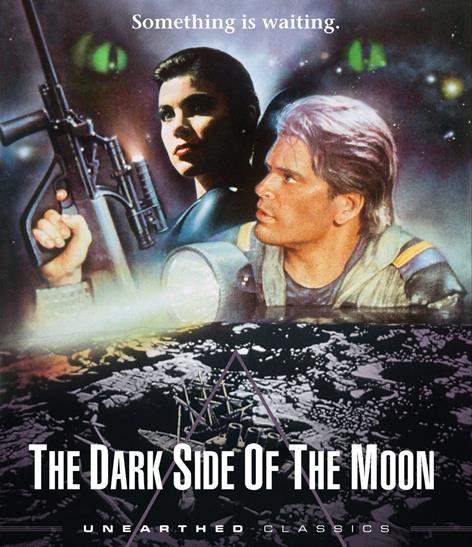 Ciemna strona Księżyca / The Dark Side of the Moon (1990)

«PLOT» In the near future, a maintenance vehicle is orbiting the Earth on a mission to repair nuclear-armed satellites. Suddenly, the crew experiences a mysterious, inexplicable power failure that cannot be accounted for. As the ship grows colder, they find themselves drifting toward the dark side of the Moon. An old NASA shuttle, the Discovery, drifts toward them, although NASA has not been operating for 30 years. Two of the crew members board the ship and find a dead body. The mission records of the crew’s own ship indicate that the shuttle they have found disappeared in the Bermuda Triangle many years before. So what is it doing in space? As they attempt to solve this mystery, it quickly becomes apparent that a malevolent force has been waiting on the NASA shuttle, using the aforesaid dead body as its host and it now begins to stalk the crew members one at a time.