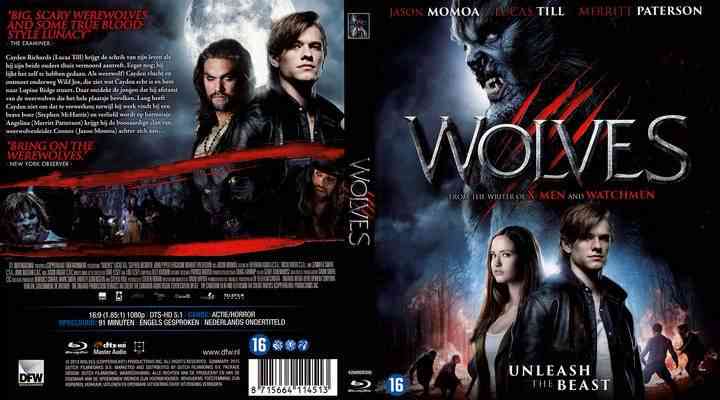 PLOT –  The film is narrated by Cayden, an average teenaged boy approaching the end of high school. During a football game, a rival player headbutts Cayden, causing the latter to become enraged and attack the player with superhuman strength. Cayden later hurts his girlfriend when the passion of making out causes him to unwillingly transform into a werewolf. Cayden wakes up covered in blood, surrounded by the dismembered bodies of his parents and flees.

Cayden adopts a nomadic lifestyle, trying to keep his lycanthropy under control. While in a roadside bar, Cayden draws the attention of Wild Joe, who reveals himself to be a werewolf. Wild Joe explains that werewolves come in two types, purebreeds and the bitten. The bitten are more savage and do not give birth to werewolf children. Purebreeds are natural born werewolves from a small number of werewolf families that came to North America with the early settlers. Cayden has only recently discovered that he was adopted, and Wild Joe confirms that they are both natural werewolves, also revealing that Cayden can find out more in a remote town called Lupine Ridge.

Cayden travels to Lupine Ridge and goes to a local bar, attracting hostile attention from the small town locals. Cayden is attracted to Angel (Angelina), the beautiful young owner of the bar. Cayden is approached by a wolf of his bloodline who understands who Cayden is, warning him to leave town and that he is in danger. Cayden’s „cousin” is later killed by Connor, the alpha werewolf whom Cayden saw as the ringleader of the patrons in Angel’s bar.

John hires Cayden as a farmhand. John later tells Cayden of his origins, about his werewolf mother Lucinda being raped by werewolf Connor. Only John and his wife knew about Lucinda’s resulting pregnancy, and Lucinda killed herself shortly after Cayden’s birth. John also tells him about the uneasy peace between the purebred town wolves and the savage mountain wolves, a pack of bitten werewolves who were created by purebred Connor. The peace comes with the condition that Connor can mate with Angel as he desires a son, not knowing about Cayden.

Cayden has started a relationship with Angel and wants to cancel the town’s arrangement, but the town werewolves fear what the more bestial mountain werewolves would do in retaliation. Cayden goes to the mountains to confront Connor and reveals who he is, but Connor is skeptical and unleashes his wolves on Cayden. While Cayden is stronger than the individual bitten wolves, he will not use lethal force and is overwhelmed by the pack. He manages to jump off a nearby cliff to escape.

Cayden and John form a plan to deal with the mountain pack. Before they can act, Connor kidnaps Angel and readies to mate with her. Cayden kills two of the pack and lures the others into a trap where he and John use explosives to kill them all. When Cayden then beats Connor in single battle, Connor reveals that he and Lucinda were in love but he created the rape story because Lucinda’s father was going to kill her for the relationship

Wild Joe suddenly appears, telling Connor and Cayden that he planned the events all along, killing Cayden’s adoptive parents and convincing him to go to Lupine Ridge so that he could kill Connor in revenge for his own past issues with Connor. Wild Joe kills Connor but is killed by Cayden.

Cayden decides to leave with Angel to see the world, but promises John they will be back. John gives him a scroll showing the bloodlines of the pure breed werewolves to help him find others during their journey.