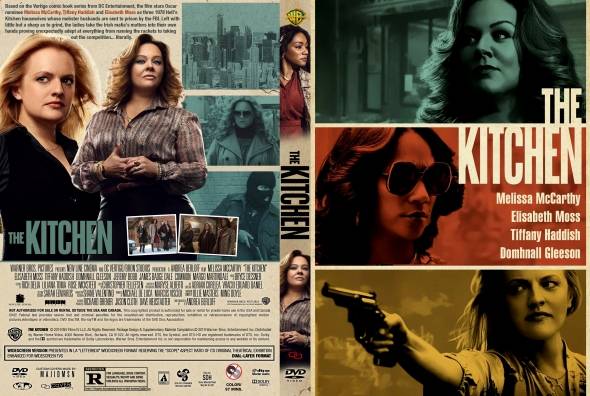 «PLOT» In Hell’s Kitchen 1978, three middle-aged women are married to members of the Irish mob, Kathy Brennan and her reluctant but kind husband Jimmy have two children: a son and daughter, African-American Ruby O’Carroll is married to her husband Kevin, the son of Helen O’Carroll and heir to the mob empire and the timid Claire Walsh is married to her husband Rob, who in turn is verbally and physically abusive towards her.

One night, while Jimmy, Rob and Kevin are robbing a convenience store, FBI Agent Gary Silvers and his partner Gonzalo Martinez, who have been trailing the trio, bust them, leading the men to be sentenced to three years in prison. While Kevin is in prison, Little Jackie, a member of the mob, becomes head. Jackie tells the three wives that he will ensure their financial comfort, but, gives them each a tiny pittance.

Frustrated, Kathy can barely afford to feed her children or apply for a new job. Claire, who volunteers at a homeless shelter, is viciously attacked by a junkie, traumatizing her. The three women, in turn, ask Jackie for more wages but he viciously denies them.

Shortly thereafter, the women are told that, despite all the local businesses paying protection fees to the mob, they have seen very little results under Little Jackie. Kathy, Ruby and Claire seize the opening, using Kathy’s cousin Duffy and his friend Burns as enforcers. The women begin collecting protection fees and helping out the neighborhood, making a huge profit and becoming beloved in the community.

When Jackie finds out, he has his enforcers severely beat Duffy and Burns, who try to end their association with the women but the three declare that they are now in charge. The next morning, while Claire is taking out the trash, Jackie assaults her but is shot in the head by Gabriel O’Malley, a former Irish mob enforcer and war veteran who had been in hiding until Ruby called him.

Gabriel, having always loved Claire, shows the women how to dispose of a body and, with Jackie out of the way, the women begin running the neighborhood, with Gabriel acting as their chief enforcer. Gabriel and Claire begin a relationship, and Gabriel teaches Claire how to kill, leading them to track down the junkie who attacked Claire and murder him.

When local workers complain that they are not getting the construction contracts on buildings being built nearby, the women promise to correct this situation where they meet up with a rabbi who is in charge of the property. Unfortunately, he refuses to hire union workers until the women offer him protection. The rabbi explains that he already pays protection to and Italian mafia in Brooklyn, with the women arranging for him to be intimidated until he relents.

Both women are ordered to meet with Alfonso Coretti, the head of the mafia, who is furious that they have taken business from him. But Coretti recognizes that they have power, and cuts a deal with them: some of his Italian men work on the site too, and the women will kick back some of their profits – but they refuse at first, until Coretti tells them that he has made arrangements for the women’s husbands to be released on parole, knowing that when the husbands return, the women’s place in power will be threatened, and he will support and protect the women.

Realizing he’s right, the women agree. In exchange, Ruby demands more area of the city be under the women’s control, and Coretti agrees. Before the husbands are set to be released, the women do everything they can to shore up their power. Ruby takes Helen out to dinner where she kills her by throwing Helen down a set of stairs, breaking her neck.

When the husbands get out of prison, tensions rise. Kevin thinks he’s still charge, Jimmy is concerned about leaving his life of crime, pressuring Kathy to quit, and Rob is furious to find that Claire has left him for Gabriel. When Rob tracks Claire down, she finds the strength to kill him; shooting Rob in the heart.

In the aftermath of Rob’s murder, the three women are summoned by Coretti, who tells them that he has heard that an open contract has been placed on them by members of their own gang. Kathy doesn’t want to believe it, but Ruby offers them more wage and asks the mafia to kill Kevin and two other gangsters including a young member named Colin.

A horrified Kathy ends up arguing with Jimmy, telling him she had nothing to do with the contract. The hit goes through but Colin ends up killing Claire when he breaks into her flat with Gabriel killing the latter.

After Claire’s funeral, things tense further between Ruby and Kathy with an angry Jimmy continuously begging Kathy to quit the business. While confronting Ruby, Kathy realizes that Ruby has been taking some of their collection money and paying off Silvers to keep them out of trouble. Ruby explains that she kept them out of trouble, and in fact, set up their husbands to be caught on the night they were originally arrested. Ruby knew that with the husbands gone, there would be an opening for her in New York to take up power as a black woman. Ruby even had Silvers murder Gonzalez to protect them, and she’s been gaining more and more territory of the city.

When Kathy goes to pick up her children, she finds they that they have been taken against her will to Coretti. Upon finding out that Jimmy had brought them there and still wants out of the business, a furious Kathy has the mafia execute him. At Jimmy’s funeral, Kathy’s father, who has constantly been telling her how disappointed he is in her for getting involved with the mob, tells her he’s proud of her protecting the children. Kathy, in return, says she did it all for herself.

A while later, Ruby tells Kathy that a vendor hasn’t been making daily payments for her and asks Kathy to meet her there. Kathy goes, finding out that Ruby is waiting with Gabriel to kill her but Kathy has brought all of the local Irishmen to back her up.

Kathy tells Gabriel she loved Claire too, and Gabriel admits he only got back into this life because of Claire and leaves. With ties settled, Kathy and Ruby go on to be the most powerful women in New York City. 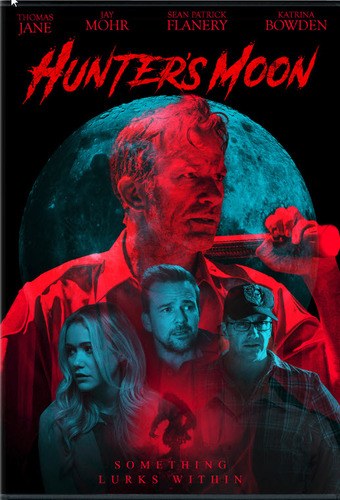