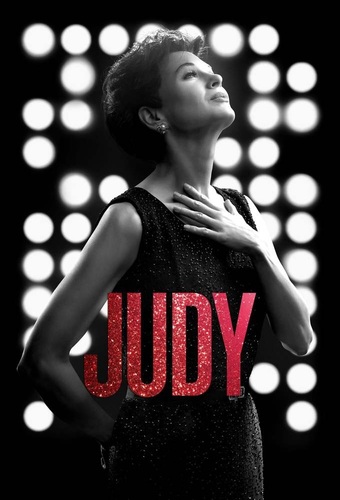 «PLOT» At the outset, Judy Garland is 14 years old and is being told by her studio manager, Louis B. Mayer, that she has a gift other girls do not. Judy’s talent at singing is nearly unmatched while she is able to surpass the success of Shirley Temple as a Hollywood child star. Judy is then shown in her forties, performing with her two children from her marriage to Sidney Luft, her third husband. Later, Judy and her son and daughter try to check into their hotel, but are turned away for previous nonpayment. Because of this, Judy is forced to return home to Luft, who has since divorced her.

At a party, Judy meets Mickey Deans, a nightclub owner, and they become close friends. In a flashback to Judy’s teenage years with Mickey Rooney, her studio minder interrupts a date to give Judy amphetamines to help control her appetite. The action returns to 1968, with Judy seeing an agent who tells her that Britain is open to her, but that the U.S. reception to her has cooled and become unworkable due to her growing performance unreliability and moodiness. Judy decides to embark for the UK, leaving her two children with Luft, which is difficult for her.

In the UK, substance abuse issues keep her from performing reliably on stage. Judy is late to her London première. Assistants are called upon to check on her health and fix her make-up. The fans are enthusiastic. Her performance is excellent. The film has another flashback to Judy at 14 years old. She complains about being fed with pills to help her meet her schedule demands. Back to London in 1968, she is performing again and starts to sing the „Clang, clang, clang…” lyrics to „The Trolley Song” to strong applause.

Judy meets two adoring gay fans at the stage door on her way out and joins them for a late-night snack at their apartment. They bond over their difficulties, and she sings „Get Happy” while playing the piano. Mickey Deans comes to London on a surprise visit, which cheers her up. Judy still has trouble making her stage performances on time because of substance abuse issues and anxiety. Another flashback shows Mayer talking to her at 15 years of age, with Judy portrayed as exhausted by her childhood schedule and Mayer portrayed as using emotional abuse and physical intimidation to keep her in line.

Her sponsoring British agent has her examined by a voice specialist medical doctor. Judy says she had a tracheotomy years ago which weakened her voice. The doctor diagnoses physical and mental exhaustion which requires rest for recovery. Her relationship with Deans is a support to her personal life and they marry. He is her fifth husband. Judy still thinks about her children and suffers from being separated from them. The children, however, are happy in school in California. Deans has bad news about a money deal that fell through, which means she must stay in Britain in order to make ends meet. At her next performance, she passes out on stage and is heckled. Judy ends her singing engagement but returns for a last night on stage where she asks to perform one last song. She breaks down while singing „Over the Rainbow” but recovers with the encouragement of supportive fans and is able to complete the performance. Judy asks, „You won’t forget me, will you?” to the audience, who applaud before she ends her performance by saying „Promise you won’t.” The film’s epilogue states that Judy died six months later, in the summer of 1969, at the age of 47. 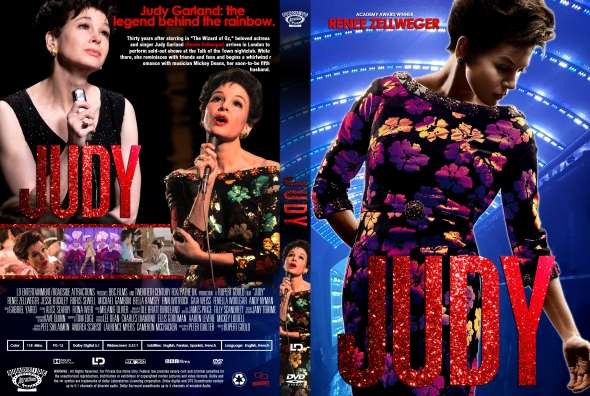