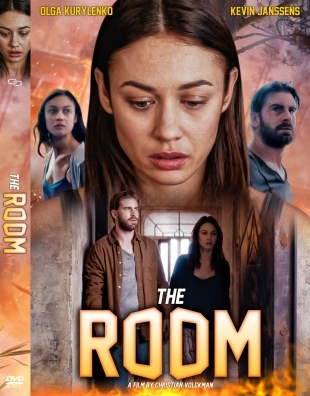 «PLOT» Matt and Kate, a young couple, move to upstate New York having purchased a large, secluded manor in dire need of repair. While renovating, they discover a large, steel door that leads to a seemingly empty room. After experiencing frequent electrical shortages, the couple call an electrician out to the property to learn that the wiring in the home is a large, tangled mass that runs along the walls and floorboards of the property. As the electrician drives off, he exclaims his surprise that the property finally sold considering the previous owners were murdered on site.

That evening, Matt finds himself unable to sleep and ends up drinking while researching the murder. He learns that the killer’s name is John Doe, and that he is still alive, housed in a psychiatric hospital. He stumbles into the room and drunkenly wishes for another bottle of alcohol, which the room promptly grants him. The next morning, Kate finds Matt in the room surrounded by many expensive paintings. He encourages her to wish for money- and she does, wishing for millions. Over the next several days, the couple quit their jobs and parties in the room, which continuously grants their wishes and desires.

Kate begins to fall under a depression when she realizes that nothing they wish for has any real value, stating that she can just get „another, and another, and another”. To cheer her up, Matt tells her he wants to try for a child, but she becomes angry, reminding him of her two previous miscarriages. She exclaims that she can’t put herself through that pain again and storms out of the room. Matt walks past the bedroom moments later to discover that in her sadness, Kate used the room to wish for a son. Panicked, he tells her that what she has done is wrong and that she needs to force the room to take it back. When the couple is unable to bring themselves to wish away the child, Matt leaves the home in search of John Doe.

At the hospital, Matt speaks with John Doe and doesn’t learn much, but is warned that he and his wife should leave the house and forget about the room. Matt drives away only to find that the money he placed in his pocket has turned to ash. He tests his theory at home by placing his Van Gogh painting partially over the threshold. As he suspected, anything that leaves the home experiences rapid aging and decay. Just as he comes to this realization, Kate tells Matt she is taking the baby out for some fresh air. He warns her not to do so but she ignores him, only to panic when the baby quickly ages into a young child.

Over the next three months, the couple’s marriage begins to fall apart as Kate attempts to parent the child, whom she calls „Shane”, while Matt chooses to ignore the child entirely. Kate experiences frustration daily as she is inexperienced and unable to properly discipline the child. Shane frequently grows impatient with his mother as she refuses to let him outside, citing “germs and bacteria” rather then telling him the truth.  Days later, Matt finds that Shane has discovered the powers of the room, prompting a tense fight between the couple. They are interrupted by a call from John Doe, who reveals to Matt that he was a child wish granted by the room, and in order for Shane to live, Kate must die. Kate overhears the conversation and flees the home in an attempt to crash her car but cannot bring herself to do so. When she returns, the couple reunite tearfully and have sex in the kitchen, unknowingly being watched by Shane.

The next morning, they are awoken by the slamming of the front door and discover to their horror that Shane went outside and aged himself into a grown man. Though he appears to be an adult, he still has the mindset of a child. He angrily exclaims that Kate lied to him about everything. He threatens the couple with Matt’s gun but is distracted by Kate telling him she promised they could be together forever. Matt rushes Shane and knocks him to the floor, pushing his wife into the piano during the scuffle. When she awakens, Matt tells her he killed Shane while they fought for the gun. Though she is heartbroken by the news, she accepts the outcome. As they sit in the kitchen, she tells him she can no longer bear to live in the house, but is surprised when Matt disagrees, citing their lack of work and that they have “no where else to go”. He begins crunching on the ice in his drink and Kate realizes in horror that he is not her true husband- that he is Shane in disguise. She pushes him away, but Shane overpowers and attempts to rape her.

As this is happening, the real Matt comes to and quickly realizes what happened. Unable to break through the locked door, Matt tunnels through the walls next to the room and manages to break into the alternate “outside” that Shane created. He locates their replicated property and breaks into the home just as Shane is assaulting Kate. The two Matts come face-to-face with one another and try to sway Kate to their side. After pushing the fake Matt down the stairs, the couple flees the house makes their way back to the room. They manage to trick Shane into going outside into the real world. Locking the door behind her, Kate tearfully watches as her son ages rapidly, crumbling into ash.

A month later, the couple has abandoned the home and moved to a nearby motel. The film ends as Kate stares at the result on a positive pregnancy test, unsure if the child is Matt’s or Shane’s. 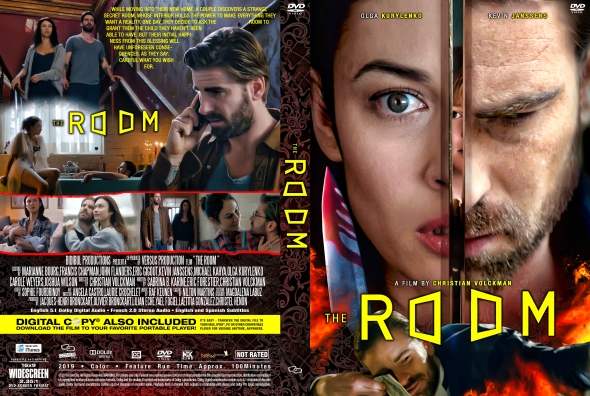