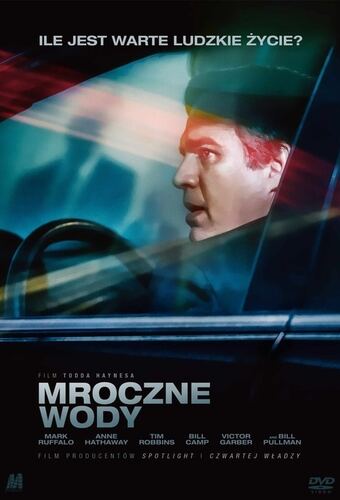 «PLOT» Robert Bilott (Mark Ruffalo), a corporate lawyer from Cincinnati, Ohio working for law firm Taft, Stettinus & Hollister is visited by farmer Wilbur Tennant. Tennant asks that Robert link a number of unexplained deaths in Parkersburg, West Virginia to one of the world’s largest corporations, DuPont, and gives Robert a large case of videotapes which Robert puts aside.

While Robert is actually a corporate defense lawyer and he helps chemical companies pollute without breaking the law, he still visits the Tennants' farm as a gesture of respect and kindness, especially since his grandmother still lives in Parkersburg. When he reaches the farm, Tennant reveals that over the past couple of years, he has lost over 190 cows to strange medical conditions such as bloated organs, black teeth, and huge tumors. At the farm, Robert witnesses the problem first hand when Tennant is forced to put down a tumor-covered cow.

Even though he is a defense lawyer who is on very good terms with executives at DuPont, he broaches the subject with DuPont attorney Phil Donnelly (Victor Garber), who politely tells him he is not aware of the specifics but will help out in any way he can. Robert files a small suit so he can gain information through legal discovery of the chemicals that have been dumped on the site. He does not find anything useful, then realizes it is possible that whatever poisoned Tennant’s cattle could be something that is not even regulated by the EPA, and so is not listed by the EPA report that he has inquired into. With Tom Terp’s reluctant agreement, Robert forces DuPont to turn over all of its information, resulting in angry words between Phil and Robert. In an attempt to hide the truth, DuPont sends Robert hundreds of boxes, hoping to bury the evidence, but Robert goes through the evidence meticulously and finds numerous references to PFOA, a chemical with no references in any medical textbook.

Later, in the middle of the night, Robert’s pregnant wife Sarah (Anne Hathaway) finds him tearing the carpet off the floors and going through their pans. He tells her they are being poisoned, and she thinks he has gone mad, until he explains what he has found deep in the DuPont documents: perfluorooctanoic acid (PFOA-C8) is a man-made chemical also known as Teflon. It was created for army tanks, but then used by companies in American homes for primarily nonstick pans. DuPont has been running tests of the effect of it for decades, including on animals and on their own employees. Their own studies show that it caused cancer in animals, people, and birth defects in babies of women working on their line – and they never said a thing. They then dumped hundreds of gallons of toxic sludge upriver from Tennant’s farm. Even worse, PFOA and similar compounds are forever chemicals, chemicals that do not leave the blood stream and slowly accumulate over time. Teflon is used in everything from nonstick pans to plastics, and it’s likely that every American on the planet has PFOA in his/her bloodstream.

Tennant, meanwhile, has been shunned by the entire local community for suing their biggest employer. His house is broken into, and he gets sicker. Robert goes to him with the evidence and tells Tennant to take the settlement DuPont is offering, but Tennant refuses, wanting justice and not wanting to stay silent. He tells Robert he and his wife both have cancer. Robert feels guilty, and so while he gets Wilbur Tennant the settlement, he also writes a brief with all the DuPont evidence and sends it to the EPA and Department of Justice, among others. The EPA fines DuPont $16.5 million.

Robert, however, is not satisfied; he realizes that the residents of Parkersburg will feel the effects of DuPont’s PFOA for the rest of their lives. He decides to seek medical monitoring for all residents of Parkersburg in one big class-action suit. However, a call from a local resident, the Kigers, reveals that DuPont sent a letter notifying residents of the presence of PFOA, thus starting the statute of limitations and giving any further action only a month to begin.

Since PFOA is not regulated, they argue that DuPont is liable because the amount in the water was higher than the one part per billion their internal documents argued to be safe. In court, DuPont claims they did a new study that says that 150 parts per billion is safe. Robert is aghast, and the locals begin protesting DuPont and the story becomes national news. DuPont agrees to settle for $70 million. Legally, they are only required to do medical monitoring if scientists prove that PFOA causes the ailments, so an independent scientific review is set up to study the effects of PFOA. If they find in favor, DuPont will have to pay up. In order to get data for it, the firm tells the locals they can get their settlement money after donating blood, and nearly 70,000 people donate to the study.

Over 7 years pass with no result from the study. Tennant passes away, the Kiger family are harassed locally, and Robert faces extreme financial strain, having worked the entire case on the promise of the settlement and continuing to work on it, having to pay scientific experts. He has taken pay cut upon pay cut at the firm, and things are tense with Sarah. When Tom tells him he needs to take another pay cut, Robert collapses, shaking. At the hospitals, the doctors tell Sarah he had an ischemia, or minor stroke, and that he needs to get on new medication and stop dealing with so much stress. Sarah tells Tom to stop making Robert feel like a failure, since he is doing something for people who needed help.

Finally, the scientific review contacts Robert and tells him that PFOA causes multiple cancers and other diseases. At dinner with his family, Robert is informed that DuPont is reneging on the entire agreement. He is angry, saying Tennant told him that there would not be any justice and he did not believe him. So Robert decides to take each defendant’s case to DuPont, one at a time. The post-credits information explains that Robert won his first three multi-million dollar settlements against DuPont, and finally DuPont settles the class action for $671 million. PFOA is still in the blood of ninety-nine percent of life on Earth, and thousands of chemicals are still unregulated. 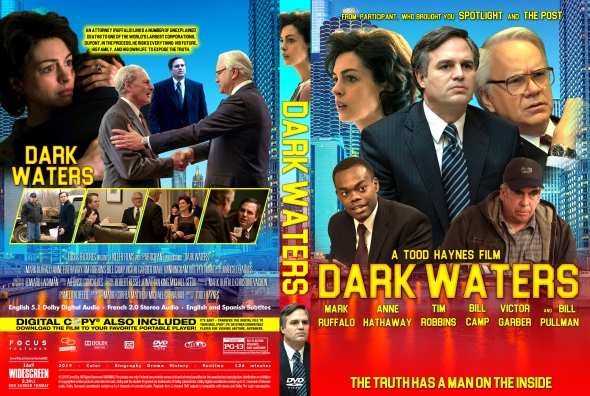