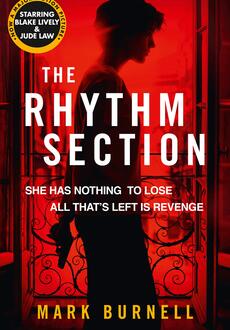 «PLOT» Three years after her family’s death in a plane crash, Stephanie Patrick works as a prostitute in London and is addicted to drugs. One day, she is approached at her brothel by a journalist, Keith Proctor, who tells her that the plane crash was not an accident, but was a terrorist attack covered up by the government.

Though she initially does not believe him, Stephanie visits his apartment, where she sees all of his research on the crash. He tells her that the plane crash was caused by a bomb made by a man named Reza, who attends university in London. Stephanie buys a gun and tracks Reza to the university cafeteria. She plans to kill him, but at the last second, she is unable to pull the trigger and Reza escapes. Hours later, Stephanie returns to Proctor’s apartment, where she had been staying, and finds Proctor dead.

Through Proctor’s notes, she discovers that his source for his research, B (an ex-MI6 agent), lives in a remote location in Scotland. She travels to Scotland to find B, who is disgusted with her quest to find and kill Reza. After she explains that she has nothing to lose, he reluctantly trains her to complete her quest. B, Iain Boyd, explains to her that Reza was hired by a radical terrorist, U-17, who downed the plane to kill liberal Muslim reformer Abdul Kaif. The rest of the plane crash was collateral damage. Stephanie is trained to assume the identity of an assassin, Petra Reuter, whom Boyd killed, but whose body was never found.

After months of extensive training, Boyd instructs her to go to Madrid to find Marc Serra, an information broker and ex-CIA agent, because Serra may be able to lead her to U-17. But Boyd can offer no funding, so Stephanie first visits Kaif’s father Suleman and asks him to fund her mission, just as he had been funding Proctor’s research. Suleman refuses. Proctor, he says, stole his money and vanished; Stephanie replies that this is false, that she herself caused Proctor’s death, but Kaif orders her to leave. Kaif’s mother Alia overhears, and she offers to fund Stephanie. Stephanie accepts and leaves her father’s wedding ring with Alia, promising to return for it.

Stephanie arrives in Madrid and makes contact with Serra, posing as Petra Reuter. Serra is skeptical but tells her that he needs someone killed, a notorious gangster named Lehmans who lives in Tangier and who arranged for the bomb to be on the flight. Boyd tells her to take the job, to prove herself as Petra Reuter. She travels to Tangier and finds Lehmans, who requires an oxygen mask to breathe. After a prolonged fight, Lehmans dies when separated for his breathing mask for too long. Stephanie is discovered by Lehmans’ men, but escapes after a car chase.

Serra next tells Stephanie to kill businessman Leon Giler in New York. Boyd once again tells her to take the job, as Giler financed the bombing and U-17. Boyd goes with her to New York and provides her with a knockout gas inhaler, and a knife to slit his throat. Stephanie poses as a prostitute and seduces Giler, but seeing a photo of his two young children, finds herself unable to kill him and flees the apartment. She is picked up just outside by Boyd. They watch as Giler, neck bleeding, leaves the apartment building and gets into his car. As the car rushes away, presumably to a hospital, Boyd detonates a remote bomb, killing Giler, along with his chauffeur and Giler’s children.

Back at their New York hotel, Stephanie is horrified by the death of Giler’s children. Though Boyd had only planned to kill Giler, he is unapologetic. He also reveals that he was released from MI6 after killing Petra because Petra had killed his wife. The CIA was angered by Boyd’s killing Petra as she had intel on U-17; thus Boyd also feels responsible for the plane bombing. With this new information, Stephanie leaves Boyd, and returns to Madrid to be with Serra, with whom she begins a relationship.

Boyd warns her that U-17 had hired Serra to find someone to eliminate Giler and that U-17 is eliminating everyone linked to himself. Serra tells Stephanie that Reza is U-17, adding „We thought he was only the bomb maker. We didn’t realize he could be both [i.e. the leader as well].” Serra tells Stephanie that Reza is in Marseilles planning another bombing. She travels to the city, locates his apartment, and sees him placing a suicide vest on a young woman. Stephanie attempts to kill them, but after a firefight they escape the apartment. Following them onto a bus, she attacks Reza. Reza’s associate attempts to trigger the bomb, but it does not detonate. The bus passengers evacuate while Stephanie fights and subdues Reza. Reza’s associate realises the bomb is on a timer, and that Reza had not intended to sacrifice himself. She accuses him of being a coward and tells Stephanie to leave the bus before the bomb is detonated, killing Reza and the bomber.

Stephanie returns to Serra’s house and embraces him, admitting to him that she is not Petra Reuter, then plunging a syringe of deadly venom into his back. As Serra dies, she tells him that she had realized he was U-17; Reza, she explains, was too inconsequential to be the mastermind behind the bombing. Her revenge complete, she leaves his house and visits Kaif’s mother Alia, telling her that the people behind her son’s death have been killed. Alia thanks her and returns Stephanie’s father’s ring.

Some time later, Boyd attacks Stephanie in the street, pinning her against a wall. She asks if he is working for MI6 again, and he tells her that he will be allowed back if he kills „Petra”. He releases her and tells her to disappear. As Stephanie walks away, a smile crosses her face.