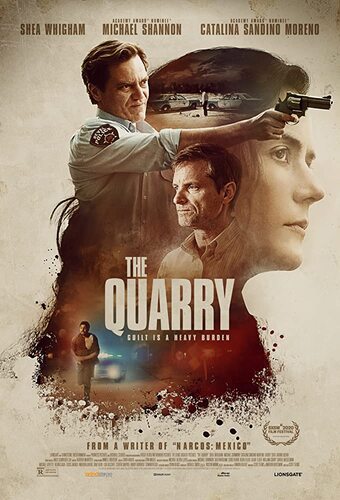 «PLOT» The Quarry starts off as a psychological journey into the mind of a sinner stealing the identity of a pastor and then hightailing away to go preaching to a small West Texas town, before not so subtly transitioning into a story of modern-day racial politics. Unfortunately, for director Scott Teems (this is his second narrative feature and he also serves as one of the co-writers) neither approach is handled well, employed with a slow burn and admittedly atmospheric music from Heather McIntosh, fluffing up a rather pointless exercise.

The opening sequence is promising, beginning with a 15-minute introductory series of events (the title card doesn’t even come up until this is over) of pastor David Martin (Bruno Bichir) having conversations with Shea Whigham’s nameless mess of a human being (his character is credited simply as The Man) being suspected for some kind of foul play. Following a drive to the titular quarry, an altercation occurs setting The Man down the path of assuming the identity of David Martin, delivering passages from the Bible to a town mostly made up of minorities.

The exception here is Chief Moore (a dry Michael Shannon somehow sucked of the seemingly bottomless charisma he usually possesses) who is either one of the dumbest detectives ever put to screen or secretly in on The Man’s identity theft, using unorthodox methods to further torture him mentally. The only issue with those actions (aside from not being concerned with true justice) would be he’s only taking it out on a local drug dealer whom he expresses conviction for being the real perpetrator. The script doesn’t make any of this a secret, and that’s because if it did, even someone that doesn’t even watch movies would have been able to figure it out. So either Chief Moore is playing psychological games of his own, is a racist (at one point he does fail miserably trying to hide his prejudices), or is straight-up incompetent as his job. Neither of these outcomes makes for anything intriguing under such flat storytelling.

By far, the bigger issue is that there is also not much to the character of The Man or any of the citizens he interacts with. He rents a room from a woman that Chief Moore conveniently happens to be dating (and that’s only the first of many amateurish conveniences on display here), his sermons and interactions with those attending don’t resonate in any meaningful way (they set up something with the English- Spanish language barrier that ends up not mattering), and his ability to get away with maintaining his false identity comes so easy (and also at the expense of more stupidity from Moore) that it’s comical.

There are still some passable aspects here, namely the body language from various actors and a few heated dialogue exchanges between The Man and Valentin (Bobby Soto), the minority he ends up framing for a laundry list of crimes. In some ways, I was actually glad The Quarry shifted gears to something much more racially charged considering the pastor impersonation storyline has recently been done near perfectly in last year’s Polish film Corpus Christi (it was also nominated for Best International Film at the Academy Awards), but that also fizzled out fast. Not even the presence of Michael Shannon can salvage this one. Perhaps it needed another writer on board to properly flesh out whatever story Scott Teems wanted to tell. 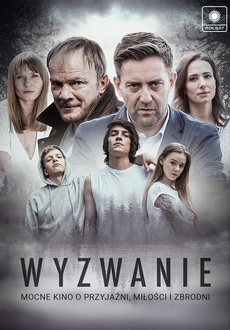 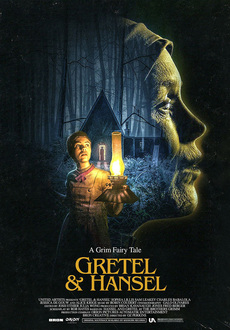 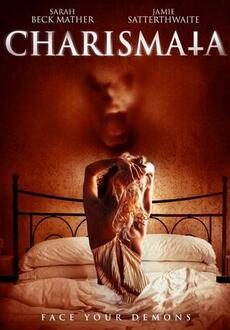 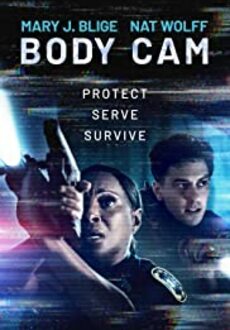