PLOT –  Dave Skylark, host of the talk show Skylark Tonight, interviews celebrities about personal topics and gossip. After Dave and his crew celebrate their 1,000th episode, Aaron Rapaport, the show’s producer, is upset by a person from the same business, criticizing Skylark Tonight as not being a real news program as it only covers entertainment and gossips. A while later Aaron reveals his concern and urge for change, which Dave agrees. Dave discovers that North Korean leader Kim Jong-un is a fan of Skylark Tonight, prompting Aaron to arrange an interview. Aaron travels to rural China to receive instructions from Sook-yin Park, the North Korean chief propagandist, and Aaron accepts the task of interviewing Kim, on behalf of Dave.

The next day, CIA Agent Lacey shows up at Dave and Aaron’s place, proposing that Dave and Aaron assassinate Kim using a transdermal strip that will expose Kim to ricin via handshake; they reluctantly agree. Dave carries the Ricin Strip hidden inside a pack of gum. Upon their arrival in the presidential palace in Pyongyang, they are introduced to security officers Koh and Yu; Koh discovers the ricin strip and chews it, believing it to be gum. Lacey airdrops two more strips from a UAV and Aaron smuggles them into the palace by hiding the container in his rectum, escaping a Siberian tiger in the process.

Dave spends the day with Kim, playing basketball and partying. Kim persuades Dave that he is misunderstood as a cruel dictator and as a failed administrator, and they become friends. At dinner, Koh has a seizure and inadvertently kills Yu before dying. The next morning, Dave feels guilty and discards one of the ricin strips, then thwarts Aaron’s attempt to poison Kim with the second strip. After a dinner mourning the death of Kim’s bodyguards, Dave witnesses Kim’s malicious side; and after taking a walk and discovering that a nearby grocery store is merely a façade, Dave realizes that Kim has been lying to him.

At the same time, during attempted sex with Aaron, who still has the ricin band in his hand, Sook-yin reveals that she despises Kim and apologizes for defending the regime. Dave, Aaron, and Sook-yin form a plan to break Kim’s cult of personality by causing him to cry on air. During the internationally televised interview with Kim, Dave addresses increasingly sensitive topics and challenges Kim’s need for his father’s approval. Despite his initial resistance, Kim eventually cries uncontrollably and soils himself after Dave sings „Firework” (having learned of Kim’s fondness of Katy Perry earlier), ruining his reputation. Sook-yin and Aaron seize control of the broadcasting center and fend off guards trying to halt the broadcast.

Kim shoots Dave, who survives due to a bulletproof vest under his shirt. Dave, Aaron, and Sook-yin regroup and escape the presidential palace, hijacking Kim’s Soviet tank to get to their pickup point. Kim boards a helicopter and pursues the group with the military. He prepares nuclear missiles, but before he can issue the command to launch, Dave fires a shell from the tank and destroys Kim’s helicopter, killing everyone on board. With the immediate threat over, Sook guides Dave and Aaron to an escape route, and they are rescued by SEAL Team Six members disguised as Korean People’s Army troops. Back in the US, Dave writes a book about his experience, and North Korea moves toward becoming a denuclearized democracy with Sook-yin as interim leader. 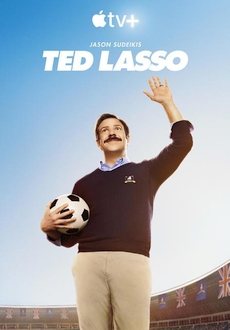 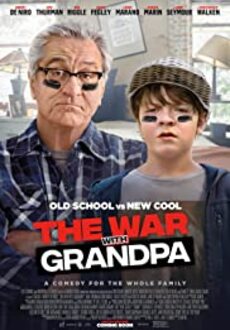 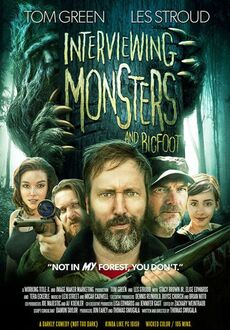