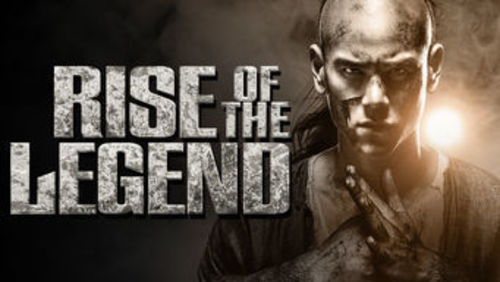 PLOT: Over the years, the tale of Wong Fei Hung’s heroism has transformed him into a revered folk hero and is widely portrayed in modern media. Arguably one of the most recognizable kung fu figures in cinematic history, he is the subject of over 100 films and television series since the 40s. The character is further made famous on the big screen by kung fu superstars Jet Li in the highly successful Once Upon a Time in China series (1991 – 1997) as well as Jackie Chan in Drunken Master I and II (1978, 1994).

Wong Fei Hung played by Eddie Peng is a young man at 21 years old who is destined to become a master of his time, and an everlasting legend in the world of martial arts. In 1868 during the late Qing Dynasty, in Guangzhou, two crime factions run the Huangpu Port: The Black Tiger and the Northern Sea. For years, the Black Tiger’s fearsome boss Lei Gong played by Sammo Hung has been trying to get rid of the leader of the Northern Sea. One of his latest recruits is Wong Fei Hung, a fearless fighter who takes the Northern Sea leader’s head after a fierce fight. Recognizing Fei’s talent, Lei Gong makes the young warrior his godson and one of his Four Tigers, the most trusted men in the gang. There is more to young Fei than meets the eye and the truth about his past and the ultimate showdown soon unravels.