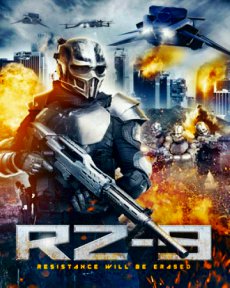 Plot: In the midst of a terrorist-induced crisis the United States has declared martial law. Privatized defense forces and a state-of-the-art drone patrol system now monitor citizens and locate any new terrorist activities. Patterson Endcott, a computer scientist and drone pilot, is put on a hit list due to his religious beliefs and increasing doubt in the morality of his job. He and his sister, Samantha Endcott, are forced to find a place of safety beyond the watchful eyes of the surveillance drones. Considered a top level security threat by the government, the two are pursued by super soldiers, called Erasers, to capture them dead or alive.