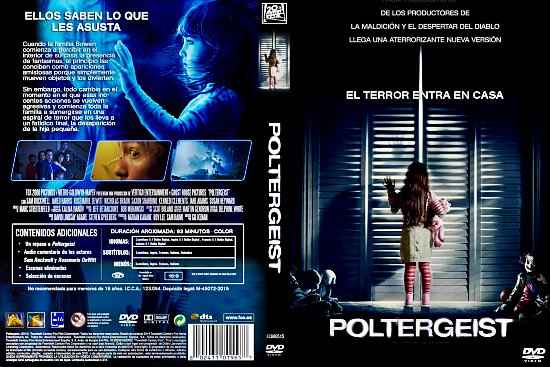 PLOT: Eric and Amy Bowen are looking to buy a new house with their three children: eldest daughter, Kendra; their son, Griffin; and youngest daughter, Madison. Eric was recently laid off, but they are shown a house that has recently come on the market that fits their price range, so they move in.

The first night, they hear strange noises in the walls, and Griffin finds a box of clown dolls that were left at the house. In the middle of the night, lights and electronic devices start turning on and off, as some unseen force appears to move through the home. The commotion wakes Griffin, and he goes downstairs and finds Madison talking to an unknown presence inside the television. She tells Griffin someone is coming, and he attempts to unplug the TV, causing the lights to go out of control. Eric and Amy learn that their house was built on an old cemetery, but that only the headstones and not the bodies were moved to a better neighbourhood.

At the house, Kendra’s phone begins emitting strange sounds, and she becomes trapped in the basement by a ghost. Griffin notices the clown dolls seem to be moving by themselves. One clown doll attacks him, but he is able to destroy it and escape. He tells Madison to stay in her room while he goes to find Kendra. Madison is lured into her closet and becomes lost in an unending void. She is then dragged into the darkness by ghosts. Griffin is grabbed by the branches of the old tree outside their house, which pulls him outside. Amy and Eric arrive home to see Griffin being tossed around in the tree branches while Kendra tells them she can’t find Madison.

The family realizes Madison is trapped inside the TV when they hear her voice emanating from it. Amy and Griffin visit the Paranormal Research department for help. The staff sets up equipment in the house. They give GPS locators to everyone in the house, so they will know where everyone is at all times. While trying to contact Madison, Eric is ambushed in the closet by a ghost resembling her. Angered, he breaks down the closet wall, revealing the portal that Madison fell through. The investigators realize that this haunting is apoltergeist. The lead investigator Dr. Brooke Powell decides to call occult specialist and television personality Carrigan Burke.

Carrigan arrives and explains that Madison is a possible psychic, able to communicate with spirits. He reveals that the poltergeists are trapped and are angry because only the headstones were moved to the new cemetery, but the bodies remained. They plan on using Madison to free them from their purgatory. Carrigan comes up with a plan to get Madison back. He anchors a rope in Madison’s room and tosses it into the vortex. They attempt to use Griffin’s toy drone to guide Madison out, but it’s destroyed by the poltergeists. Griffin, ridden with guilt over leaving Madison alone in the first place, goes through the portal himself. When he finds Madison, the poltergeists attempt to destroy the rope to trap them, but they both escape.

The family begins to leave but they are stopped by the poltergeists, who drag them back into the house and attempt to abduct Madison again. The family saves her, and Carrigan decides that as the only other psychic, he must go into the vortex and lead the spirits into the light. The Bowens flee as the house is torn apart by a giant light. The investigative team run to their equipment, looking for a sign that Carrigan managed to get back.

As the Bowens look for a new house, the realtor shows them a house with lots of closet space and an old tree in the backyard; the Bowens drive away laughing. During the end credits, it’s revealed that Carrigan survived the incident and is back filming his ghost program, now hosting the show with Dr. Powell.