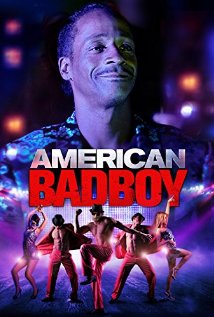 PLOT: Samuel’s dream of buying a recording studio, making a hit record, and becoming a famous hip-hop artist has hit a snag. The money he borrowed to make it all happen is long over due. With the money all gone and the record far from finished, he becomes desperate for a solution. So when “The Bruce” – unscrupulous business man and owner of a string of male strip clubs – gives him only six months to pay back sixty-thousand dollars or say good-bye to his dream, Samuel knows what he’s got to do. To make it all work, he going to take it all off. With his looks and his talents, raising enough money to pay off the loan and complete the record ought to be a cinch, but there’s still a hitch. For his plan to work he’ll have to keep it a secret for a number of reasons. One, because his “keeper” of a girlfriend would drop him if she ever found out. And two, because he’s the son of one of the most prominent and respected preachers in the community. And while keeping his job hidden proves easy at first, it isn’t long before word gets out. And now with lines to get into the club beginning to extend around the block, women are starting to talk. On top of these worries, “The Bruce” who will stop at nothing to keep his best money maker from getting away, has a plan of his own. For Samuel its too late to turn back and he’s come too far to quit. It all comes down to a question of how much hiding is possible when it comes time to expose a star.