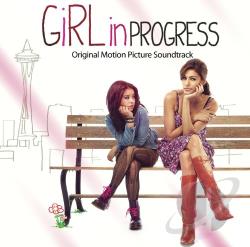 PLOT: Grace (Eva Mendes) is a single mom raising her fourteen-year-old daughter, Ansiedad (Cierra Ramirez). Grace is busy juggling work, bills, and her relationship with the very married Dr. Hartford (Matthew Modine), leaving Ansiedad to take care of herself as well as her mother most of the time.

When Ansiedad’s English teacher (Patricia Arquette) inspires her with coming-of-age lessons, Ansiedad decides it’s time to rebel and grow up quickly so she will finally be mature enough to move out. She creates a list of tasks she must complete to reach her big goal: run away to New York.

Her first task is to remind everyone that she is a good girl – she signs up for her school’s chess team and wins a match, and goes to a nursing home and regularly visits an old woman who Anisedad names ‚Maud’.

Next, Ansiedad must befriend the most popular girl in school, Valerie (Brenna O’Brien). After much humiliation and bribery, Ansiedad successfully completes this task, but is forced to act terrible toward her best friend, Tavita (Raini Rodriguez) to make this happen, calling her fat and useless. Tavita begins to cry from Ansiedad’s harsh comments about her weight and runs off to her boyfriend, Ferguson (Rady Panov).

Ansiedad witnesses Ferguson harshly breaking up with Tavita, telling her that what they do in his basement will never mean they will be together. After Ferguson storms away, a crying Tavita tells Ansiedad that she was never there for her, and that she hates Ansiedad.

Ansiedad moves onto her next tasks, requiring her to have her first kiss and lose her virginity. For these tasks, she targets one of the most the popular boys in school, the so-called womanizer Trevor (Landon Liboiron). She confirms that he’ll be at a particular party that night, then asks him to take her virginity there. He agrees, and they kiss awkwardly. Ansiedad checks first kiss off her list, disappointing Trevor, who thought that she might have liked him.

At the party Trevor takes her to an upstairs bedroom, much to Valerie’s anger. Locking the door, Trevor tells Ansiedad that he thinks she’s pretty, but Ansiedad tells him off for being nice to her. Trevor then tells Ansiedad that he only acts as a womanizer to bug his dad, but Ansiedad tells him she doesn’t care. As she strips down and gets into bed she realizes how scared she is, changing her mind when a naked Trevor emerges from the bathroom. She quickly dresses and runs out, where Valerie stops her and calls her a slut. The party guests refuse to believe her protests that she and Trevor didn’t have sex, made worse when Trevor yells out that they did. Ansiedad runs home, crying out for her mother, who is not home. Ansiedad trashes the house in anger and cries until the next morning.

Grace had fallen asleep at her co-worker’s, Misión Impossible (Eugenio Derbez), who is in love with Grace. She wakes in the morning to find Misión gone. She hurries to work and finds that someone has robbed the family-owned business’s money, which means they will be closing down. Grace finds Misión Impossible in the back of the restaurant and he tells her he stole the money so Grace could pay Ansiedad’s tuition. Grace tells him what an idiot he is, and he promises to return the money.

Ansiedad has boarded a bus to New York, only to be stopped by her mother, who was told about Ansiedad’s actions by the English teacher. Ansiedad and Grace fight but Grace stops Ansiedad by saying „I don’t want what happened to your friend to happen to you.” Ansiedad asks what happened, and Grace says that Tavita took weight pills and almost died. Ansiedad and Grace hug each other and wait at Tavita’s house, to see how she’s doing.

The English teacher gives Ansiedad’s class their last assignment for the year – write a conclusion about coming of age stories. A series of shots show that Misión Impossible returns the money, Ansiedad starts to dress and act like a normal fourteen year old, and Grace watches Ansiedad play chess and embarrasses her with enthusiastic cheering – though Ansiedad’s smile shows she is happy that Grace is there. Ansiedad apologises to Tavita, who hugs her and asks her if she wants to hang out, but Ansiedad smiles and says that her mom is waiting for her.

The film ends with Grace and Ansiedad get on a bus together.