PLOT: „Scream” is a horror tv series with elements of black humor, based on the eponymous movies franchise. What starts as a viral video on YouTube, will soon lead to a series of murders in the town of Lakewood, which is already having a pretty horrible past. The ingenious killer in the mask opens the hunt for local residents: Emma Duvall, who is a shy 16-year-old good schoolgirl; Audrey Jensen, a fearless outcast; nerd and genius Noah Foster; charming and handsome Will Belmont; new guy in town and loner Kieran Wilcox; Nina Patterson – bitch, who considers herself a queen and loves to humiliate all around; Nina’s follower and ally Brooke Maddox; and others. A group of teenagers realized that these crimes triggered by their video. They become potential victims of a ruthless killer. But all have secrets and everybody lies. Anyone can become a victim. But maybe one of their group is the killer?

A mysterious message sends Emma and Audrey in search of answers.

Emma discovers that her mom is keeping additional secrets; and the killer challenges her to a dangerous game.

Another teen’s death sees new questions being raised. The rift between Emma and Audrey increases. A podcaster reports on the town’s murders.

When a high school girl is found murdered, a mystery unfolds. The killing seems to have ties to both an embarrassing video that outs a gay student and that of a serial killer who supposedly died 20 years ago. 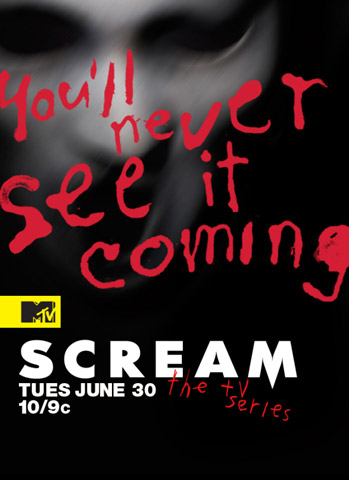