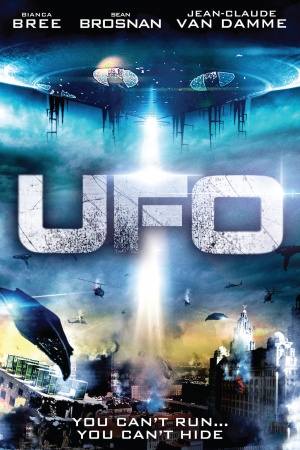 PLOT: Five friends engage in a night of heavy drinking, fighting, and carousing at a club. Hung-over, they drunkenly stumble out of Robin’s house, where they crashed for the night, and discover that nobody on their street has mobile phone service or power. They are confronted by an apparently deranged tramp who insists that they are in danger from people with a purple mark. When a city-sized spaceship hovers over Derby, the city panics and society begins to break down. Michael, a lieutenant in the SAS, attempts to lead his friends to safety. He is accompanied by his new girlfriend Carrie, whom he met the previous evening at a nightclub, his best friend Robin, Robin’s fiance Dana, and Vincent. They make their way to a store where their friend Pete works, but it is closed. The group rescues an immigrant from angry thugs, and Pete allows the group in through the side entrance. However, a riot breaks out when the crowd sees them gathering supplies, and looters attempt to steal their groceries. Michael frightens off the looters with a pistol, and the friends head back to Robin’s house.

Michael and Carrie go out to get fuel and ammunition for Michael’s handgun, and they run into John, a gas station attendant who believes that the aliens will attack. Carrie suggests that the aliens are explorers, but John says that there will be no lasting peace, as the human governments will panic and attack the aliens. Back in the car, Carrie tells Michael that she is in England to learn about its culture and people, and they are involved in a car accident. Carrie frantically tries to save a survivor, but Michael administers a mercy killing. As Michael tries to drag Carrie away, she insists that there’s a girl still alive in the car. They rescue the girl, and the car explodes behind them. When they attempt to get supplies to bandage the injured girl, a policeman stops them. The girl identifies him as a „man with a purple mark”, and the policeman suddenly attempts to kill the girl. Michael engages in a long battle with him, and Carrie saves Michael by killing the policeman. Carrie is disgusted at having to do so and calls Michael a cold-blooded killer.

Aliens target Robin’s house, and he, Dana, and Vincent barely evade alien patrol ships. Robin and Vincent go out to steal a car, and Dana is left alone in the house, where she is apparently stalked. She is saved by soldiers Kenny and Sam. The deranged tramp confronts them with a pistol and says that they are protecting the Devil. Michael tries to reason with him, but the soldiers shoot the tramp dead as the tramp accidentally kills Robin. The group drives to George’s house, where they become convinced that alien infiltrators are hiding among humans. The group turns on Carrie, for whom none of them can vouch. Michael convinces the others to allow him to privately inspect Carrie for a purple mark, and she murders him. Carrie defeats Sam, Kenny, and George in combat and escapes outside George’s house, where she is teleported aboard a ship. George attempts to mollify the aliens by offering alien technology that he owns, but they disintegrate him.

Kenny and Sam attack a UFO with automatic rifles, but their weapons seem to have no effect. As they wait to be disintegrated, another UFO attacks and destroys that one. The sky fills with two different kinds of UFOs, which attack each other. Sam is killed in the crossfire, and the others retreat back to George’s house. On his television, they see Carrie announce that humanity has won the war and people should return to their homes. Vincent attempts to rape Dana, and Kenny threatens to kill him. Before he can, an alien infiltration team breaks in and reports that there is a young girl there who can identify them. In the last scene, the infiltration team receives a go-ahead to kill everyone in the house, and their screams are heard over the radio. 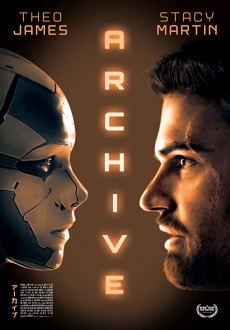 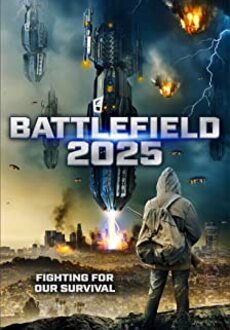