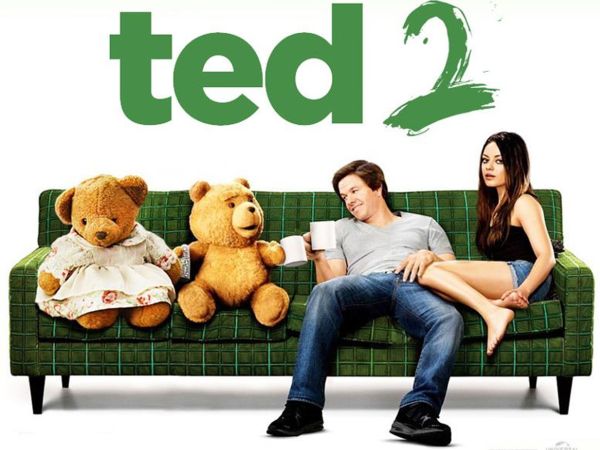 PLOT: John Bennett has been divorced from Lori Collins for six months. Meanwhile, Ted marries his girlfriend, Tami-Lynn. One year later, their marriage is beginning to break-down as they fight constantly. Ted and Tami-Lynn decide to have a child to attempt to preserve their relationship. Since Ted is incapable of reproductive functions, he goes to John for help. At the same time, Ted is trying to encourage John to start dating again, but John is reluctant. Ted discovers that John has gotten increasingly addicted to Internet pornography. Ted encourages John to date the first woman he meets.

Ted and John attempt to get a sperm donor, and ultimately, Ted accepts John’s donation offer. Unfortunately, Tami-Lynn is infertile, having ruined her ovaries through excessive drug use. Tami-Lynn and Ted’s inquiries into adoption draw attention to his status as property, resulting in the loss of his job and financial accounts. Furthermore, Ted’s marriage to Tami-Lynn is annulled. John suggests that they take the situation to court. Since they cannot afford a lawyer, their case is assigned to a novice lawyer, Samantha Leslie Jackson. At first they are reluctant to work with her, feeling she is too inexperienced but they quickly change their minds when they discover that she shares their love of marijuana. The three bond as they prepare to present the case.

Meanwhile, Donny is now employed as a janitor at the Hasbro Toy Company headquarters. He convinces the company CEO to hire an expert attorney to ensure that Ted maintains his status as property. Donny proposes that Hasbro capture Ted and study him in hopes of discovering the secret to creating more living teddy bears.

The court rules against Ted. Disheartened but desperate, Samantha, Ted and John turn to Patrick Meighan, a highly respected civil rights attorney, in the hopes of overturning the court’s decision. They take a road trip to New York City to meet with him, but their car goes off road due to Ted’s reckless driving, and the group spends the night in a hidden marijuana patch. While sitting around a campfire, Samantha and John realize their attraction for each other. The next morning, the group proceeds to New York City. Meighan is sympathetic to Ted’s plight, but ultimately refuses the case, as he believes that Ted has not significantly contributed to humanity due to his juvenile and slacker lifestyle.

Ted, angry over the injustice and jealous of Samantha and John’s new relationship, runs off to be left alone. Donny follows him as he wanders into the New York Comic-Con. Once inside, Donny poses as a costumed fan and asks Ted for a picture, but Ted flees as soon as Donny reveals himself. He steals a phone and contacts John before Donny catches him. John and Samantha arrive at Comic-Con and search for Ted, arriving as Donny is about to cut Ted open. They save Ted and begin to leave the convention. Unbeknownst to the trio, Donny cuts the cables holding up a model of the Enterprise-D. John pushes Ted out of the way, and is hit by the model himself sending him into a coma; Donny is arrested.

At the hospital, Samantha, Ted and Tami-Lynn rejoice when John is revealed to be fine. Patrick Meighan enters and tells them he has been inspired to reconsider taking the case because John was willing to risk his own life to save Ted. Meighan gets the ruling overturned because Ted is self-aware, feels complex emotions, and is capable of empathy. A reporter asks if Ted has any words to say as a person for the first time, so Ted re-proposes to Tami-Lynn. After they are re-married, Ted adopts the surname of „Clubberlang”, and he and Tami-Lynn adopt a baby boy whom they name Apollo Creed Clubberlang. John and Samantha happily pursue their own relationship.