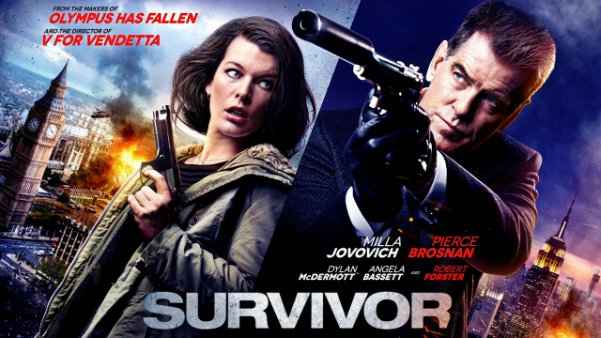 PLOT – Kate Abbott is an employee for the American Embassy in London, who began working in the government after most of her friends were killed in 9/11. While she is implementing new, more stringent visa applications for potential terrorist suspects, most of her team are killed while attending a restaurant for the birthday of their superior, Bill Talbot, with Kate only surviving because she left the restaurant to get a last-minute present for Bill. An investigation into the attack reveals that the bomb has traces of chromium, leading one of Kate’s fellow employees, Sam Parker, to deduce that the perpetrator was the Watchmaker, one of the world’s most wanted killers, known for his precision work, who detonated a bomb with similar traces in Paris some time earlier. Kate’s subsequent attempts to find out the cause of the explosion reveal that Bill was being blackmailed to let certain visa applicants through after terrorists abducted his son, and the man behind the attack was indeed the Watchmaker. Her efforts uncover a plan to detonate another bomb at Times Square in New York City during the New Year’s Eve celebrations. As she carries out her own investigation, she is attacked by Bill and later classified as a suspect for the attacks, forcing her to sneak back into the embassy to create false passports for herself to follow the Watchmaker to New York, with support from Sam Parker, her superior at the embassy and one of two who believes in her innocence. In a final confrontation in Times Square, she manages to kill the Watchmaker by throwing him off a roof before he can trigger the bomb, allowing her to clear her name.