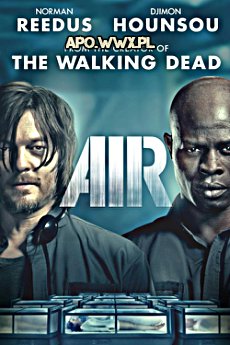 PLOT – A chemical weapons catastrophe has wiped out most of mankind and rendered the air un-breathable. The US government hastily built a few makeshift underground bunkers in which a few scientists are kept in cryogenic sleep until the air is no longer toxic. Each of those bunkers is kept up by a couple of maintenance workers who are woken up for two hours every six months in order to perform routine tasks and inspections to keep the facility going.

The story begins with two workers of one of such facility, Cartwright (Hounsou) and Bauer (Reedus). They go about their normal list of tasks during one wake cycle. Cartwright has occasional visions of his wife Abby (Holt) and has conversations with her, to Bauer’s annoyance.

Just as the two hours are almost over, Cartwright’s sleeping chamber is destroyed by a fire that was caused by recent seismic activity. The two frantically locate the valve for the emergency air supply, and then try to find a spare chamber for Cartwright to sleep in.

The chamber is operational, and Bauer chooses to use it. However, the chamber malfunctions and almost suffocates Bauer until Cartwright finally appears and cuts him free, destroying the chamber in the process.

With no other spare chamber in the facility, Bauer insists that they eject a random sleeping person to allow Cartwright to occupy that chamber. Cartwright refuses to send anyone to their death and insists there is another way. He exits the facility in a hazmat suit in an attempt to enter a nearby sister facility, with Bauer on the radio helping him navigate. Cartwright encounters several corpses as he makes his way through air ducts.

When he finally enters the facility, he realizes that everybody in it is dead, clearly for a long time already. Although the computer system has reported all facility workers to be alive and well during all the previous wake cycles, it is apparent that this was a ruse to make the workers believe they’re not alone in order for them to stay sane.

At the same time, Bauer reviews the security footage and realizes that Cartwright was standing next to him the entire time while he almost suffocated in the spare chamber, indicating that Cartwright had tried to kill him and only decided against it in the last minute.

As Cartwright returns to their own facility, Bauer confronts him with a gun. A chase through the facility ensues, with Cartwright finally getting the upper hand by sneaking up on Bauer and injecting a large dose of morphine into him. Bauer accepts his fate, and makes peace with Cartwright before passing out.

In an epilogue, Cartwright wakes up for another cycle many decades later. The air is breathable again, and the facility’s system is automatically waking up all the sleepers who exit their chambers and walk up to the Earth’s surface, among them Abby. 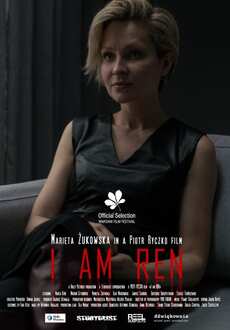