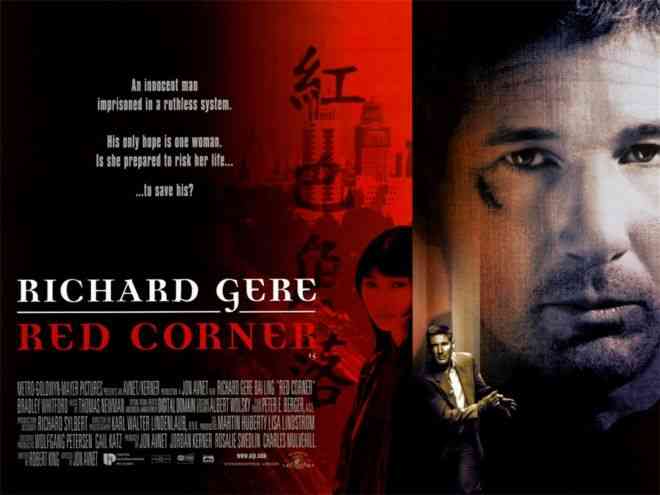 PLOT – Red Corner tells the story of a wealthy American businessman named Jack Moore (played by Richard Gere) working in China and attempting to put together a satellite communications deal as part of a joint venture with the Chinese government. Before the deal goes through, he is framed for the murder of a powerful Chinese general’s daughter, and the satellite contract is awarded to Moore’s competitor, Gerhardt Hoffman. Moore’s court-appointed lawyer Shen Yuelin, (played by Bai Ling), initially does not believe his claims of innocence, but the pair gradually unearth further evidence that not only vindicates Moore but also implicates powerful figures within the Chinese central government administration, exposing undeniable conspiracy and corruption. Shen manages to convince several high-ranking Chinese officials to release evidence that proves Moore’s innocence. Moore is quickly released from prison while the conspirators that framed him are arrested. At the airport, Moore asks Shen to leave China with him, but she decides to stay as there are many more things to change in China. However, she admits that meeting Moore has changed her life, and she considers him part of her family now. They both then share a heartfelt hug on the airport runway.